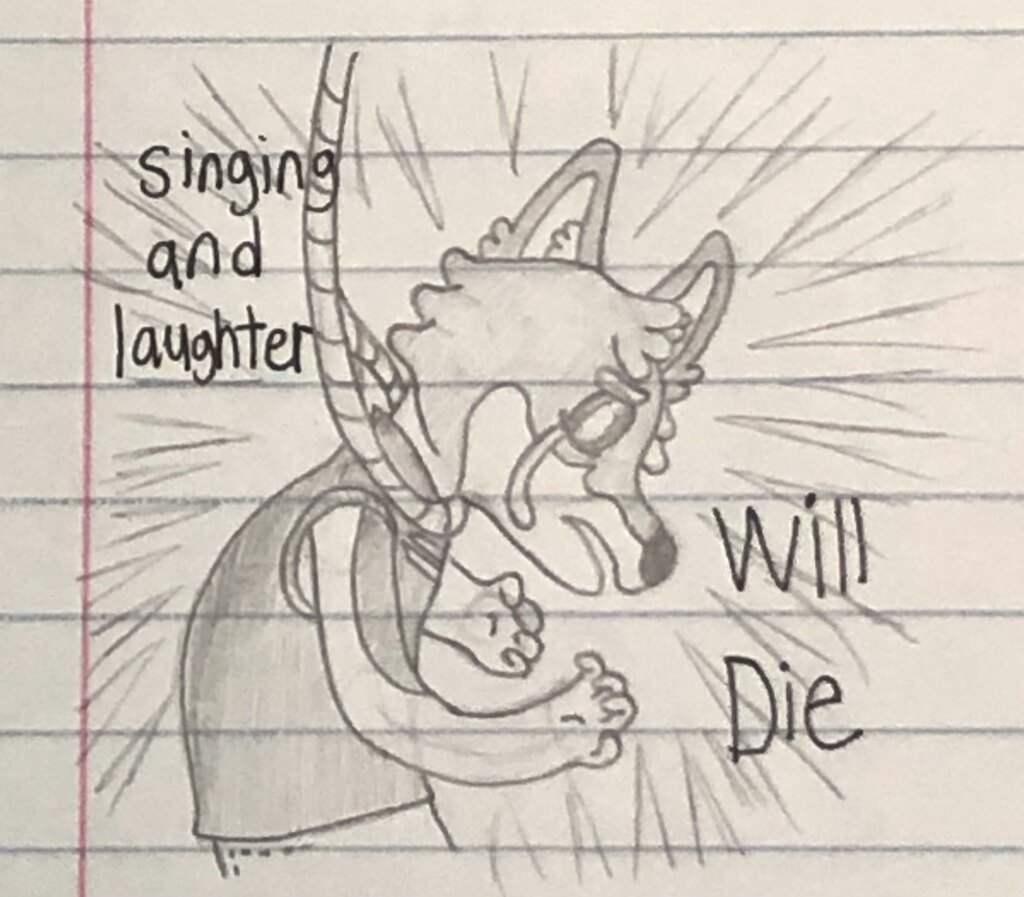 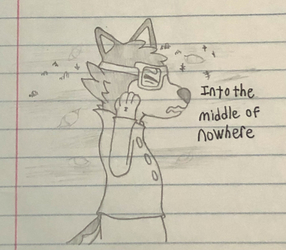 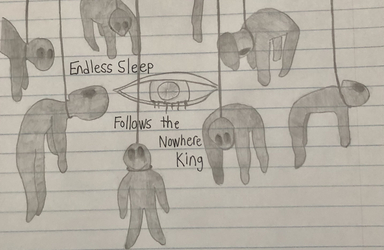 A series of drawings I made to celebrate Halloween involving several my friends' characters. I was inspired by this song here: https://www.youtube.com/watch?v=zEGbIpD6wNo. Which I used as a basis to make a little story. Also similiar to the previous picture. However, do note that this in fact a different character! Actually, I had purposefully planned it out this way to have the character in this picture and the one from the previous picture be in similiar poses/angles so it would kind of look like a transition. Took a bit to figure out how to get this pose right as well and I remember I had to make sure to make them slimmer because I originally didn't curve the line representing their back down enough. Ah, that's a weird sentence, isn't it? I don't think people would even be able to understand what I just wrote, lol. Well, its hard for me to explain. Anyway, yes, so a hanging picture. Typical stuff, all in all, nothing more to say. Um, well, I like how I drew the hands, I was honestly expecting myself to mess them up way more but hey, I didn't and I also wanted to point out that this character is actually wearing a sleeveless shirt, which gave me a bit of pause as to how I would draw it from the side. Finally, I like the way I drew the eye without a pupil and I def liked the lines I made around them, which does add to the feeling of intensity.