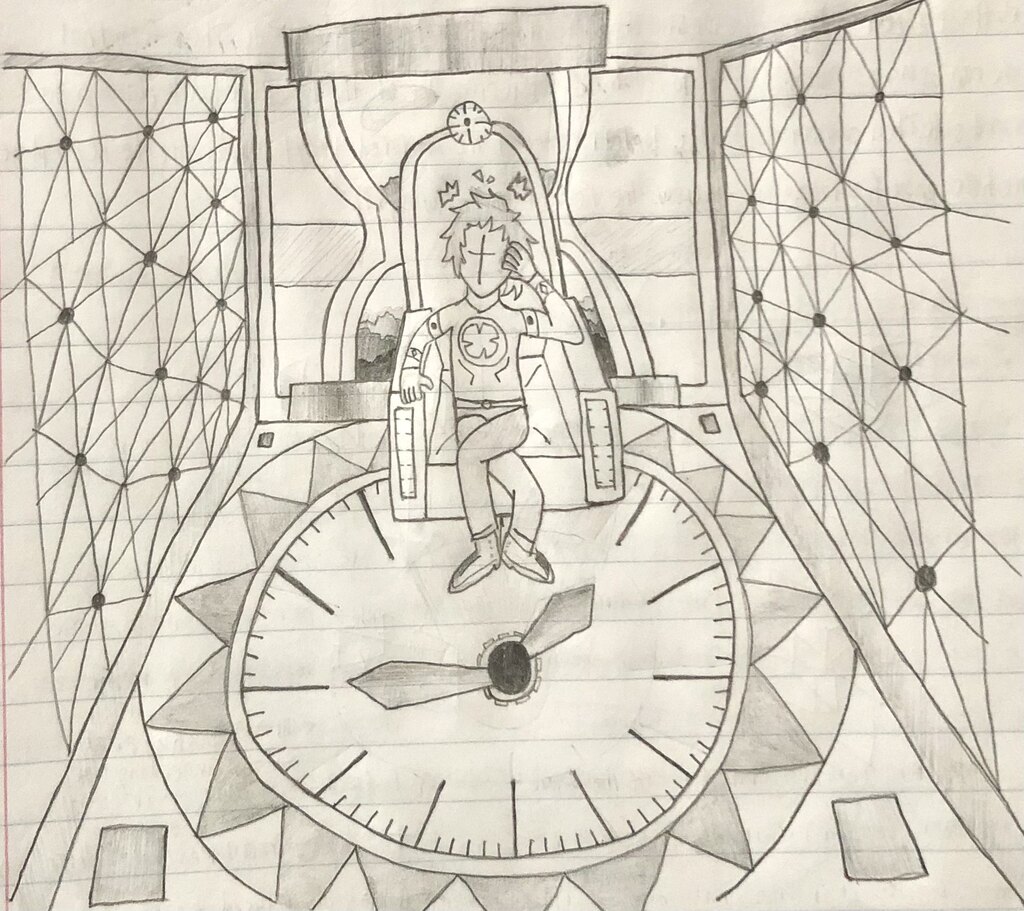 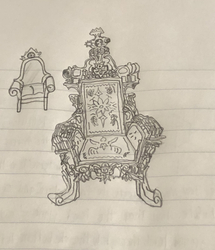 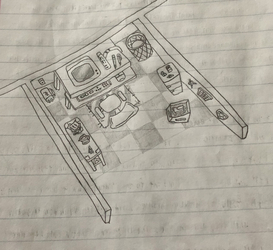 Awaiting in the place between time, between the hands of the clock, a man sits patiently amidst it all, after all, he has all the time in the world.
Okay, so I really don't know what to say about this picture, it was kind of just an idea that came to my head and I wanted to get some experience with that sort of thing, of just drawing out something that comes to your and rolling with it. I think I have always had a bit of a fascination with the concept of time and now for personal reasons, that interest is probably stronger than its ever been. I wonder what somebody would do if they could do as they pleases with time, not forced to simply be pushed along its current but to be able to travel in whichever direction they chose, or maybe, to leave the water altogether. Just things I often daydream about. Anyhow, pretty alright drawing, I don't really like the crossing pattern on the side walls but its still better than just leaving them blank. I don't like to leave a lot of just blank space in my drawings. I'm really pretty happy with the clock on the floor and the hourglass behind them, since I actuall went over and drew them again after the first time to make them better. Pretty embarrassed at how much I struggled just to draw somebody sitting down though. And before anybody else points it out because it is a pretty obvious thing, yeah I just drew a cross on the face because I don't actually know how to draw faces yet, sorry.