Looks like a bunny got bigger with years... literally... by WinterRythmBunBun17 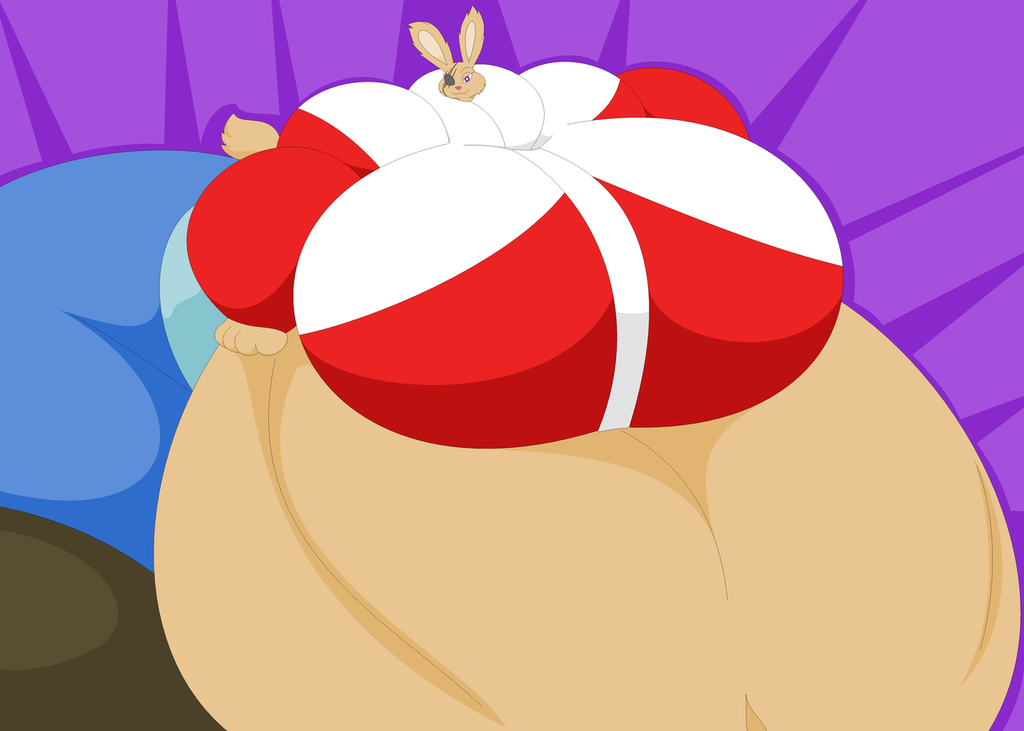 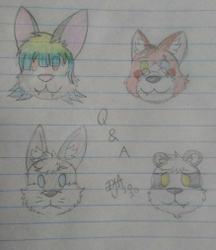 Looks like a bunny got bigger with years... literally...

Judy Hopps was walking around the stores downtown whne she was going through the fruits street with her MP3 just when she saw a particular shop she got disctracted by the onwer's shop name she bumped into something awfully soft and noticed where she was going into...or who, she saw the soft surface moving and she stepped back seeing a brrown furried belly

Romina: Oh! Sorry for that miss! Are you alright? Did you got hurt?

Judy: Oh so you know about that,I get that told a lot

Romina: ...But I bet they don't ask you about your "UUUUUGH BLOOD BLOOD I'M DYING~~~"

Judy: Wait a second! I only told Nick about that, how do you know?

Romina: Oh Laverne, I know way more than just that~

Judy: And my second name!! Just who are you?!

Romina: Look up when you're talking to your ex-coworker

Romina: Oh trust me, lots of feeding since last two months can do a lot to your body

Judy: No way that only food got you that big you're almost large as a house! And you were just below my height last year

Romina: What you want me to tell you, I was same as surprised as you when I was getting so large during winter that I couldn't go out of my house, but I didn't seem to mind much nowadays after this guy gave me the stretchy clothes I wear now

Romina: Well John said he was an old friend of him that ran a business of walking vendor, he sold me a special set of gardenery to work on my winter sale, he assured me my cultives would grow from night to day, and that day after that I entered my garden and the cultives were huge and heavy to carry, I spent all day moving them to the store that I couldn't have breakfast or lunch so I smelled a sweet scent coming from all the cultives

Judy: And you didn't noticed something weird in that moment Romina?

Romina: Not really despite how much tasty they were and that their smell hit me almost inmediatley as I felt hunger. The following days I didn't ate anything else but part of my jumbo sized cultives as whenever I thought of anything to eat, only that crossed my mind and then after two weeks I noticed I was getting a bit fat

Judy: And what did he told you? Is there a way to revert it?

Romina: He told me "Nah girl, in my defense I was never aware my formula was that strong on bunnies~ enjoy your winter fat you behemoth blubber!" and clang up, John demanded him to make a antidote but for weird it sounds the more I ate the more I stopped caring for going back to normal I was feeling much better like this and that's why I don't really mind being like this now. A behemoth bunny lard~

Romina: Huh? Uhhh oh what? yeah I never got myself back to normal but I didn't care since then, but my weight becoame a trouble since I wrecked my home with my lardy body so John and I moved back to the track to Bunnyburrows and opened a cultivars farm that's big enough for me and my daily dose of cultivars

Judy: You STILL eat that?

Romina: Duh! Of course ! What else you expect me to eat that does fill my now large stomach? Huh?

Judy: Ok ok sorry...but have you sold any of that to public?

Judty: Romina? Come on, we're friends, you surely didn't knew about it sooner, you won't get in troubles alright?

Romina: Ok ok I did sold it the weeks after the effects were beginning to showsince the feeling after eating them was so good! And my body was even more stronger and healthier with every meal

Judy: And you never thought of taking them out of market after finding out what happened in time!?

Romina: You said I wouldn't be in trouble!

Judy: You aren't but why Romina?

Romina: Judy, listen, I know I might unleashed something in Zootopia that can't be stopped, but think about this. Look at me I'm a big lardy behemoth lady, and a lardy bunny at that, just think about how much our specie was discriminated and looked down on by other bigger or more capable animals, we are always afraid of being attacked by a wolf, or a fox, and tremble with fear when something bigger than us or a predator chase us and we don't do anything about it by ourselves, few like you and me have our perks that makes us capable of facing them but our body limits are the same as those as other smaller animals and preys like us bunnies. Yes, we out number predators by a 90% of population but what about bigger preys that can defend themselves? They are a threat to small animals aswell, but why do all of them pick on us so hard?

Judy remained silent for a minute before speaking. Judy: Because we let them do it?

Romina: Exactly! We let them do as they please cause our kind feels there's no other way than hit with words and run, and even animals like wolves or FOXES are victims of this mistreatment by bigger mammals cause they think they can, but if we were larger than them, that would leave them no choice to respect us

Judy: But, that's no better than lowering us to their level! It's not worth it, it's not correct when we're supposed to get along with them, preds and preys living together in harmony!

Romina: Oh come on Judy, do you ever see that happening since we came here? Do you recall every time you heaard "Psssh she's a bunny, a bunny couldn't handle a job like this" "She's not worth it" "What a weakling" "She's better wirh parkimeters"

That was starting to tick Judy off with remembering all that

Romina: And all the times I got insulted by my height or that I'd knock anyone trembling and looking cute, and to put things in a better outlook, it's better than what Bellwether was going to do with the collars and the Night Howlers, it's a better and pacifistic way of making preds and bigger animals respect us. And think about how becoming big and fat like me will make your job easier, and the less prejudice you'll recieve from others

Judy was now imagining how would that. be like, so Romina proceeded to tell the best part

Romina: The criminals wouldn't be escaping you by your reach and they'd be unable to escape you cause your body wipuld block the way, and they wouldn't do much to you due to beating them in size, height and body mass. Everybody at the job will praise you a lot and who knows, maybe you become chief and your parents get really proud of you that they won't judge you or think bad of your relationship with Nick. He might like having a bunny girlfriend having huge knockers and a large pair or wrecking boobs~

Romina slaps her belly with a paw and pats it. Romina: And a big fat jiggly belly he can snuggle~!

Then it was done, Judy made up her mind and looked up to Romina with a determined and blissful grin

Judy: Ok you got me in, seeing how good this will be and maybe peace in Zootopia can finally be a reality, where everyone can TRULY be what they want to be

Romina: I'll need someone to help me distribute all of this to make sure it spreads all over Zootopia

She was about to go in before Romina leans down with a modified watermelon in her hand and hands it to Judy, then after smelling it her stomach lets our a loud growl, which she first looked down to it with a paw on it then to the watermelon with a surprised and nervous loolk

Romina: Nuh uh, not with that body my thin bunny friend~

So here is it Romina is starting her own scheme to make small animals rule over Zootopia, and with the best officer in the ZPD's influence they have begun a new way to rule over predators and bigger preys, will they succeed? Only time will tell ;3! Seeya!