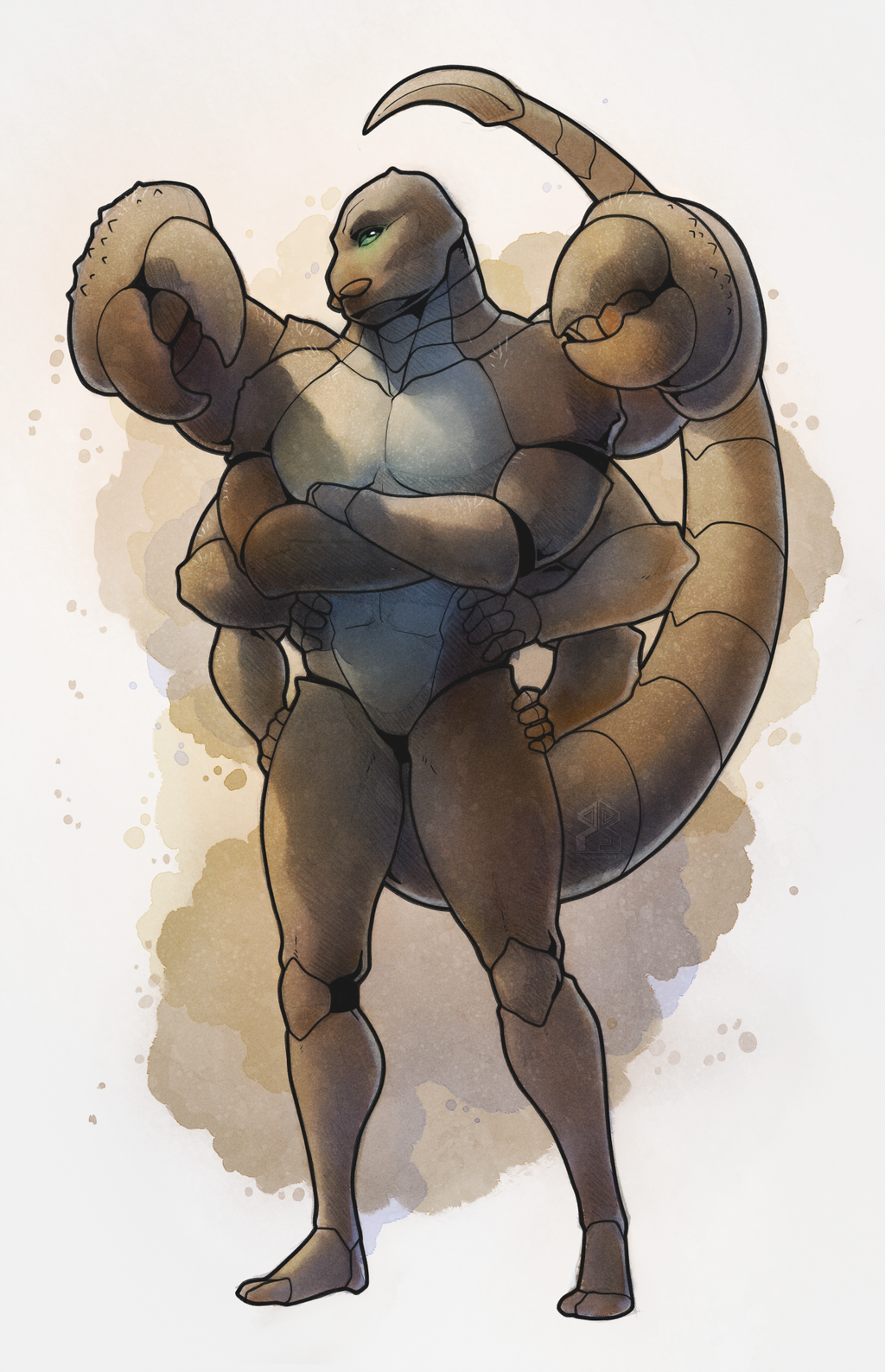 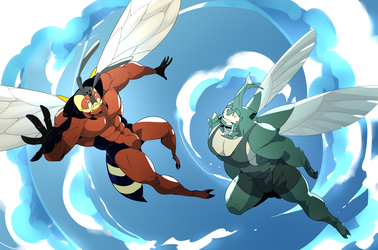 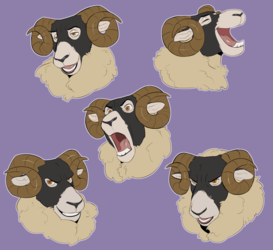 The shadow of an imposing figure came to light, as a scorpion came forth under the light. Terrifying as the arachnid appeared, it lived up to be awe inspiring. Looking at the massive pincers, the indomitable frame, six arms, and even a stringer for a tail... the monster as a force to be reckoned with. who could imagine going up against someone like Tybalt and live to tell the tale? Only a simpleton with no regard to their life would consider such a challenge.

Then again, the scorpion seemed to exhibit body language that was more... inviting to begin with. Arms crossed casually, four arm placed near his waist, and his head turned to the side while keeping his eye carefully towards his victim. Was the scorpion intentionally trying to bring an unsuspecting partner towards him, or luring an innocent bystander towards greater peril? Whatever the case, Tybalt didn't have all day to wait...

Requiem Beatz believe it or not was looking for a bit of a challenge this time. He liked the idea of a scorpion character to try and illustrate, and I have to say this is probably a "softer" look to Tybalt compared to his other renditions. It certainly is easier to imagine in an alluring light, and I like the interpretation that Requiem Beatz implemented. Thank you so much Beatz for another amazing watercolor piece :)