Red-Tailed Hawk in Flight by Windfalcon 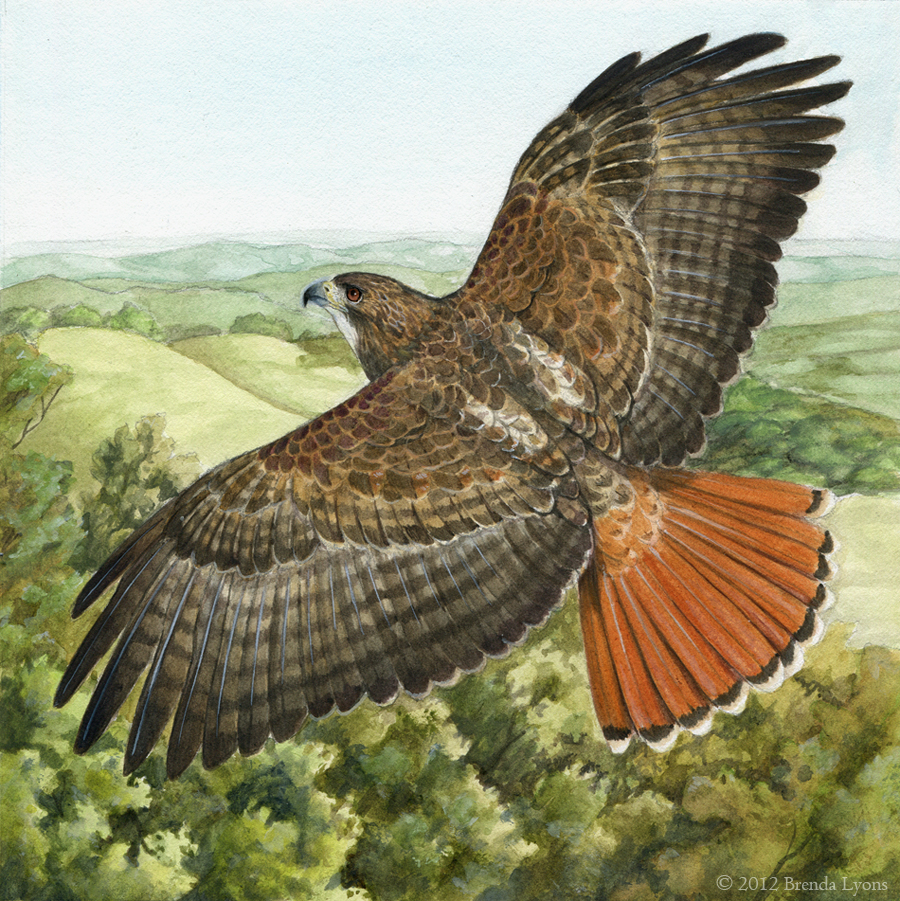 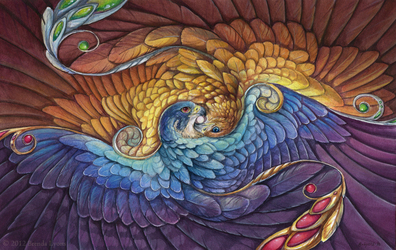 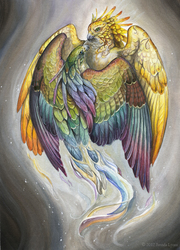 Red-tailed hawks are often overlooked when people think of amazing raptors. Usually people think of eagles or falcons, but although red-tailed hawks are one of the most common raptors in North America, they're also quite impressive. They can take a wide range of prey, from rodents to birds, and in my opinion, have some of the most beautiful plumage of any raptor. And it's not just their red tails I'm referring to, but the subtleties of the tones of browns and ochres and creams.

These birds, like the peregrine falcon, have taken to suburban and urban living. A versatile bird, they will nest anywhere from a big tree, to the ledge of buildings. Pale Male is an example of the urban success of these raptors, year after year.

Watercolor on illustration board, 8 X 8 inches