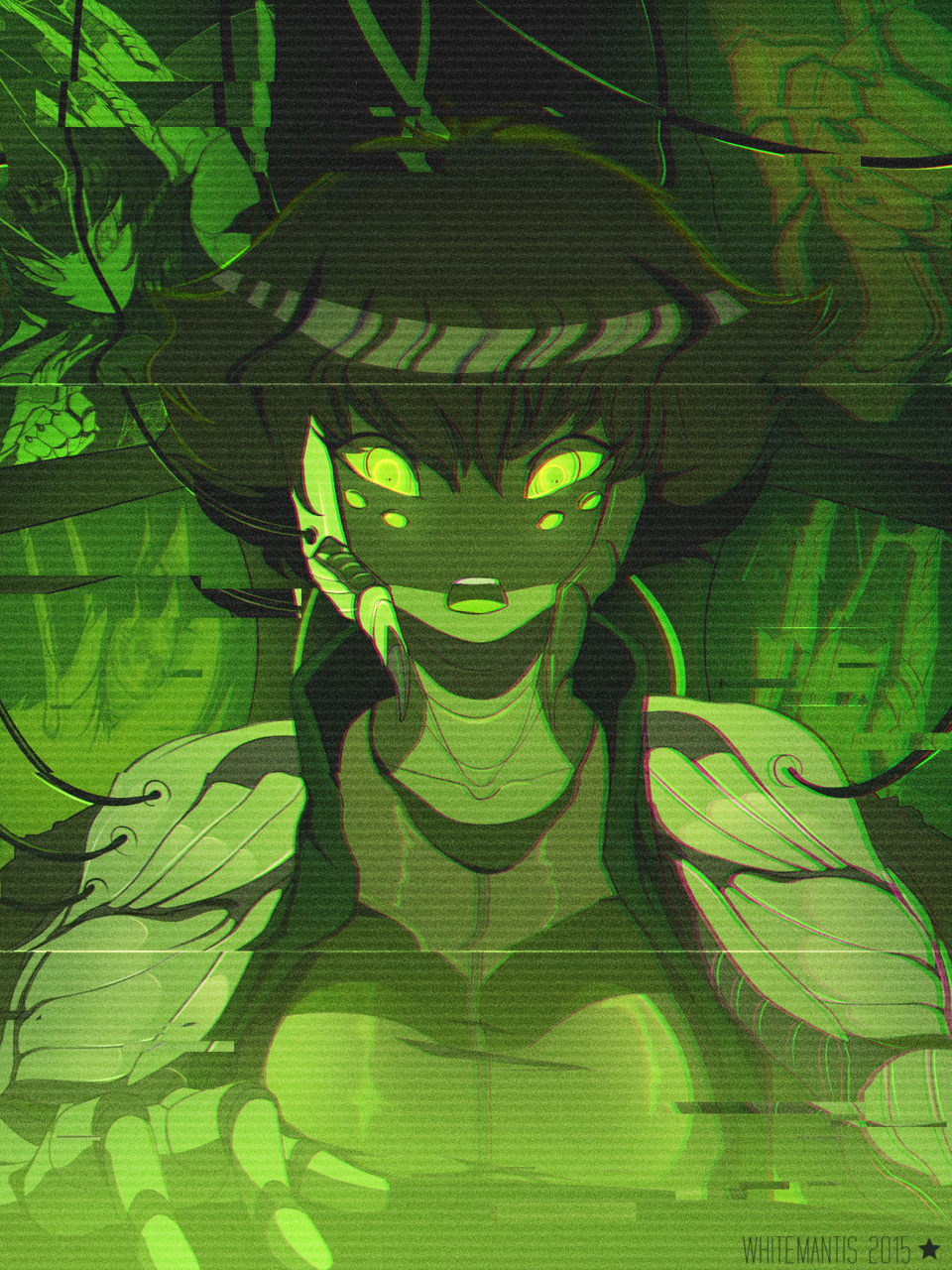 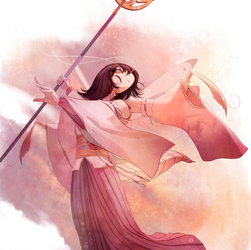 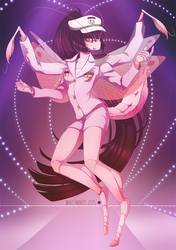 onom decided to request for his monthly reward, Sayaka in the same cyberpunk AU!

If you read the story Amethystine wrote for M.A.N.T.I.S, you can see that agent Deare is helped by a certain arachnid during her descent... well, here's the woman who oversees her mission: S.C.O.R.P!

Amethystine also wrote a little thing to accompany this, which you can read below!

Also, please take a look at our Patreon and consider supporting us! We're so close to making Blade Under Mask a thing!

Attend -Or- Surveillant ~ by Amethystine