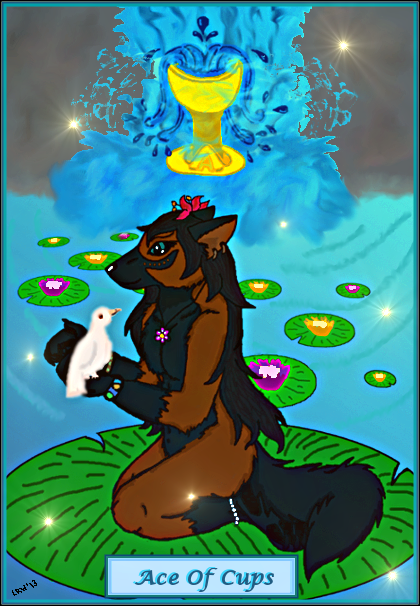 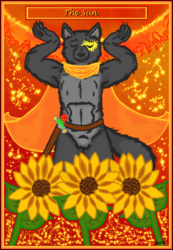 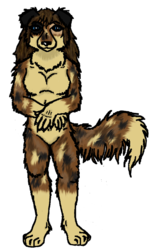 I'm one of a handful of artists contributing their art to make a werewolf/Luperci themed Tarot deck. This is the finished product of one of the many cards I volunteered for. This one represents "The Ace Of Cups" and features my own character, Kaiolohia Noelani.

Go here to learn about the meanings and symbolism of this particular card.

My personal interpretation for the card is as follows:

I chose to use Kaiolohia because she is a very emotional character. When I played her she was learning to love another (Rowan Foxleigh) and discovering and expressing her emotions; following her heart. She ended up leaving 'Souls with Rowan because her gut feelings told her she needed to go home, to Hawaii. All in all I think her gentle, loving personality fit this card well.

Now, for the actual card meanings. For "Emotional Force" I chose the waterfall to represent how powerfully we can feel emotions. For "Intuition" I used the fireflies and ripples because trusting your intuition can be by listening to it through subtle hints (gentle ripples) or by being struck with a very obvious, deep gut feeling (bright fireflies). For "Intimacy" I used the lily pads (which are also in the original card) and Kaio's position; kneeling close into her center of balance, while gazing fondly at what she holds in her hands. The dove (also in the original card) I used to represent "Love", as well as the way Kaiolohia is cradling it in her paws. The cup with the 'A' on it with the water spouting from it on the waterfall is taken from the original card as well, although I put the 'A' on myself to represent "Ace". :)