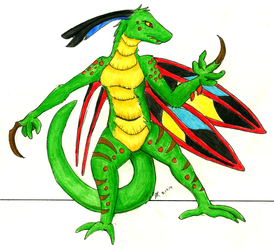 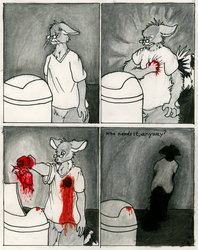 Faraday (in green) and Coulomb (the blue one) quite some time after the ambient energy skimmer incident that turned them into something more than elegant personal data androids. One of the peculiar behaviors that was noted in them was a strong desire for tactile interaction when they entered into their regular maintenance cycle. Going from standing alone and silent like fuzzy sentinels, separate and sterile, they instead ended up cuddled in very lifelike poses. Coulomb, being somewhat larger, most often flopped atop of Faraday.

Behaviors such as these are what kept the interest of their masters, and that allowed them to blur the lines between machine and person, at least until Coulomb was destroyed, and even then she left behind a great many mysteries.