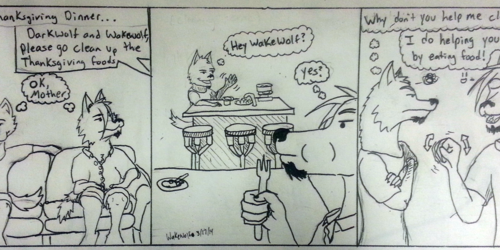 This artwork is matured for butt.

After I had a conversation with

about what if game. He said it will be very embarrassed if someone, or parents, busted him showing off at himself in his jockstrap. This gave me a idea and I used my character in this comic because he is main character of this comic, you know!

Wakewolf and comic (c) me