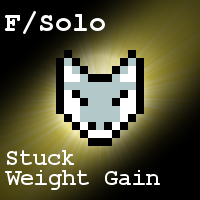 Deft hands winched open the lock on the warehouse window and a lithe, sinewy body slipped in through the opening. The shark-vixen climbed stealthily down the boxes and shelves to reach the floor, her muscular tail whipping carefully behind her to aid her balance. The smell was overpowering, watering her mouth. It heavily saturated everything. It was salty and odorous.

She crept along in the dark and found one big wooden crate prepped for delivery. Her skin prickled and rose into goosebumps from anticipation, or, more likely, the gripping chill from the overhead air conditioners keeping the warehouse near-frozen.

Myrua wrenched the lid of the crate open and looked inside to behold more fish than she had ever seen outside an aquarium. Well, not fish in the strict sense. Fish filets and cuts, flanks, meat. Already boned and prepared, separated by wax paper, ready for slapping onto a skillet or a plank over wood over an open flame. The shixen licked her blunt muzzle and pushed back some of her dark hair.

She grabbed one of the filets on top. It crumbled and fell apart at her touch, but she brought a handful of meat up to her mouth and stuffed it in, shredding it with her many vicious teeth before swallowing. Myrua impressed everyone she met with the speed that she could eat; being half-shark, only one or two bites were necessary before swallowing. Now she was counting on that in order to stuff down as much fish as possible before it was time to leave.

She used both black-skinned hands, grabbing filets whole or in piles and bringing them up to her mouth. The only delay in eating was how quickly she could bring the next bite up to her lips. Stuck with bits of fish, wax paper flew over her head and shoulders as she threw it away in order to get at the next rows of filets.

The shixen chowed through fifty pounds of fish (in all, half of the hundred-pound box) without even slowing. But all the food was going straight to her ass, among other places. The fit and trim body underneath the hoodie and jeans began to round and bloat. Her belly, filled to capacity with seafood, bulged like a semi-sphere out in front of her. It forced the hem of her hoodie back and exposed her white and blue-gray skin, navel looking ready to pop.

The rest of her body was exhibiting more signs of obesity. Her ass widened and expanded, tearing open her jeans and panties as it ballooned behind her, almost as if she had sat on an air tank. In front, her hoodie strained and tore over a pair of incredible breasts, gaining a considerable share of the weight. They burst free from her clothing and rest heavily and lazily on top of her now-fattening belly. Her midsection was losing its stuffed appearance for favor of a softer, fatter, altogether more inviting shape.

With the crate completely emptied save for scraps of wax paper (she might have even eaten some of it, too), the shixen waddled her new, naked, whale-like figure over to the next box, cracking it open and beginning the process anew. Her breasts sagged over the edge of the box as she leaned in to get handfuls of fish, and she could feel her belly smothering the wood on the outside, rolls forming on her flanks as she had to press against the crate to get close enough to reach in.

Blimped and in food ecstasy, Myrua had stuffed her face completely full of fish when the lights in the warehouse banged on. She looked around, confused, and swallowed, her throat bulging slightly. The time to go, which she had a faint recollection of telling herself about earlier, was now.

Turning, she waddled her enormous body back to the path she had taken to climb down from the window. Her breasts swayed back and forth in front of her and every impact of her feet landing on the floor reverberated through the fat blubber of her ass and belly, bouncing excitedly from her pace. She jiggled and heaved herself over to the boxes and crates. Laying her breasts on one crate, thankful to take that weight off her back, she pushed and groaned and slowly dragged her fat belly up onto the container, wiggling and thrashing and pulling her ass and legs up after another moment. Her backside protested all the movement and activity intensely, her cheeks slapping against one another and violently shaking.

She repeated the process, amazed at how much heavier she was now. Had she honestly eaten enough fish to become such a whale? Ignoring it, the shixen finally climbed all the way to the window, peering out over the bay. She could see the red and blue lights reflecting against objects in the distance. There must have been a silent alarm built into the window.

“Fuck, fuck, fuck, fuck,” Myrua growled under her breath, pushing the window open. She fed her arms and head through the space and... that was it.

Her thickened torso, not to mention her prize-worthy breasts, stuck fast in the window space. She planted both hands on the outside of the wall and pushed, digging her vulpine hindclaws into the wood of the crate she perched upon. She pushed and squeezed, inching another roll of fat through for every exhausting burst of exertion. Wedging one arm back inside the warehouse, she pushed one breast through the opening and then the other, fitting herself back through, only to be stuck again by her belly.

With her hourglass figure, her belly was not her widest feature. With flailing and thrashing and slamming her paws on the brick wall and kicking her legs uselessly behind her, she slowly managed to budge her belly through, bit by bit. Finally, once it passed her navel, it popped free, leaving her dangling in the window by her hips.

However, Myrua had no idea how fat and wide her hips and ass had become after her thieving meal. The bottom-heavy shixen pushed and heaved and shouted “fuck” over and over to no avail. There was zero hope of compressing that tremendous ass and fitting it through. Sweaty and defeated, the shixen finally gave up when the flashlights found her, highlighting her embarrassingly large figure in the dark.

She stayed there for a while, at least until the fire department came to extract her from the window.

What this story has:

She likes the F-bomb

Myrua sneaks into a warehouse for a free meal. Remember to plan an exit strategy on all jobs when you plan to leave with more than you came in with.