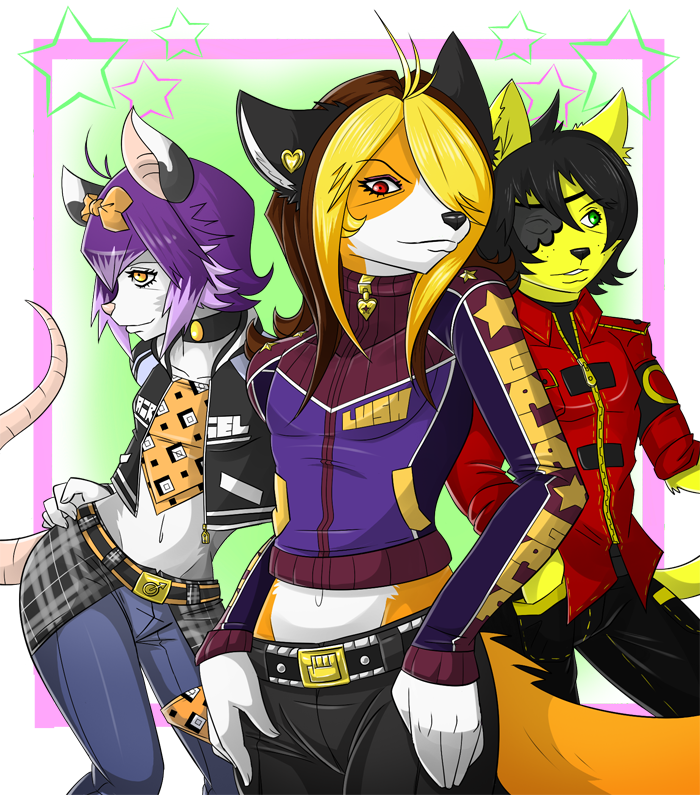 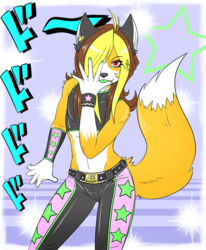 munks is featured in this pic :D

The title is in Hawaiian!

Vulpes' ever so faithful companion Glare is back, and i've gotten used to putting him in that outfit. The jacket is still a musical reference to Airiel, as he loves that band so much, and Vulpes is still sporting the Lush - Gala gear. I've also put the Jotaro Kujo symbol on his belt :)