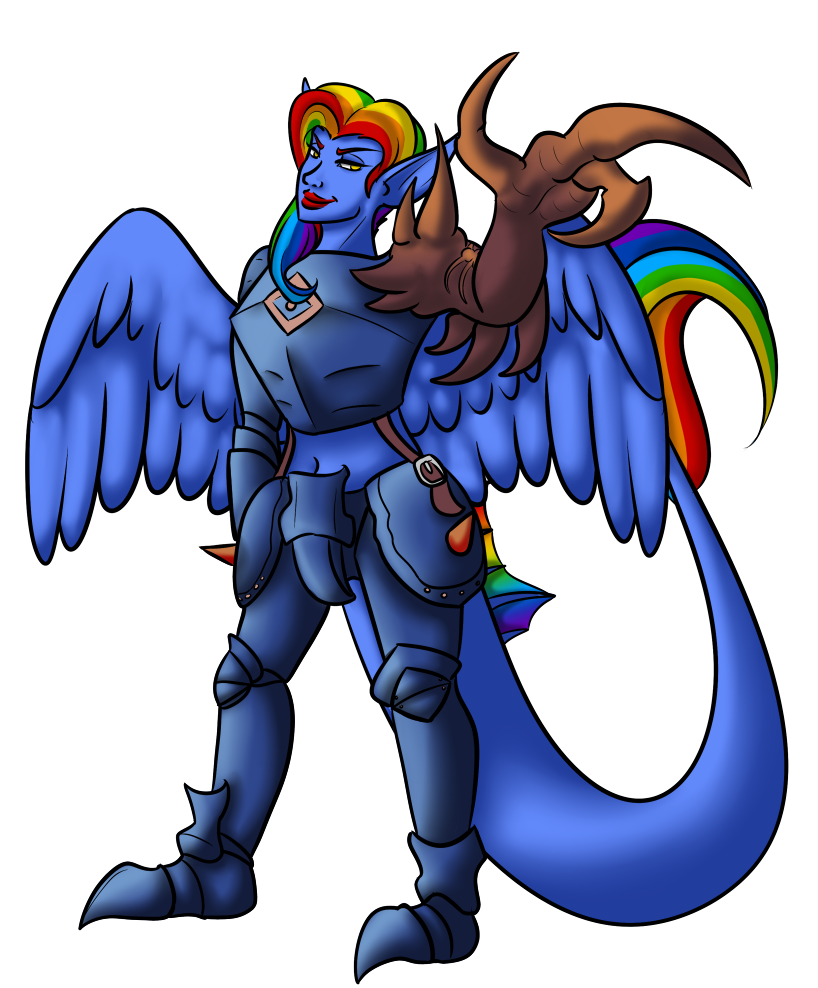 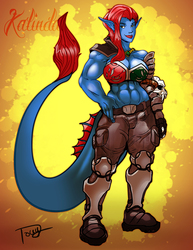 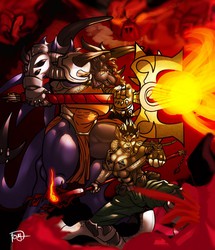 So the intertwined collection of feds I tend to stay in are a bit weird when it comes to things. Ostensibly as a pro wrestler you are a person playing a character on TV. But these e-feds virtually require you to do "offscreen" character development, where your e-wrestler is doing "real life stuff" as their televised character.

Basically the feds have decided to do in kayfabe entirely.

So Kalinda has been moved from being the main character for an eventual novel, to a pro wrestler ripped from her world via planet earth's limited magics, due to having acquired the title of Handmaiden of Arimus after she bit the magic, evil gauntlet off the arm of the evil vampire necromancer that previously possessed it.

So Kal can't get home, and between fighting supernatural beasties with her summoner, and fighting completely mundane peoples with no real capacity to bypass her innate resistance to any non-magical weapon, she chose to fight the things that can't actually cause lasting damage.

She's accompanied by Spark, her muse, who manifests as a kitten-sized electric blue dragon. He's supposed to share knowledge and ancient wisdom and experience, unfortunately the vast majority of his knowledge is from absorbing a version of the internet from an evil AI, blowing it up in the process. He's full of memes, goofy phrases and sayings, pop culture references, lolcats, etc.

The Hand of Arimus is the dark and evil necromantic artifact that she came into possession of by removing it from the corpse of its previous owner. Technically. Being an undead, she's technically a corpse, and thus when Kal bit the necromancer's arm off, she became the next owner of the Hand.

The Hand is a sentient gauntlet filled with dark and malevolent powers, seeking to twist and corrupt its wielder into an evil overlord with an army of the undead. It's also quite stuck on Kalinda unless she either dies or cuts her arm off. As one would expect, those are both not fun options.

So with those two voices in her head, they are quite obviously divided for their choices of Halloween costume.

Spark wanted to have a paired theme of costumes, with Kalinda going as Twilight Sparkle and Spark going as Spike. The Hand wanted something dark, ominous, and sinister. A fear inducing garb that any overlord would be proud to wear.

Kal split the difference, dying her hair and getting a pair of fake feathered wings to go as Rainbow Dash, while also donning the blue armor of Soul Calibur's fearsome antagonist, Nightmare. The Hand of Arimus, able to change its over form to flawlessly match whatever its wearer should so desire, is thus "dressed" as Soul Calibur 2 Nightmare's warped and twisted monster arm.

Her roleplays can be found on the blog I've created for her (because I hate having to wrangle four sets of board code) here:
http://kriegsdottir.blogspot.com/

I may also start using it as a personal blog in addition to housing my e-wrestling roleplays.