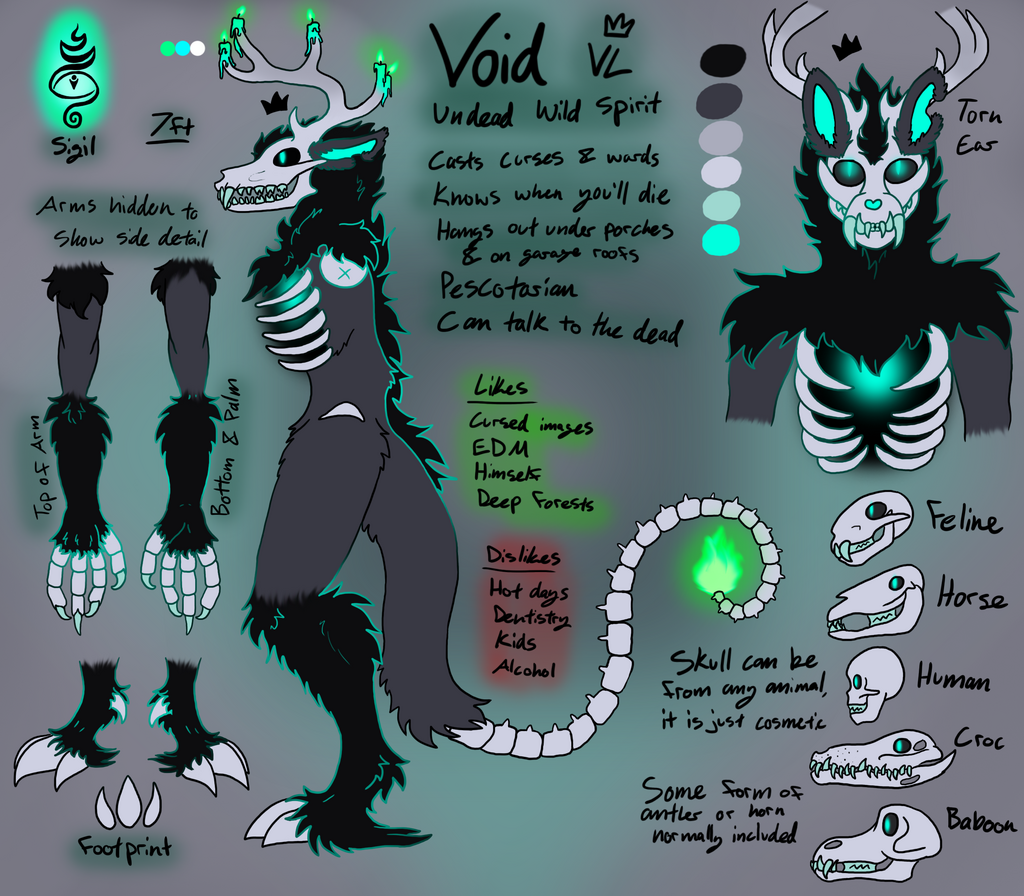 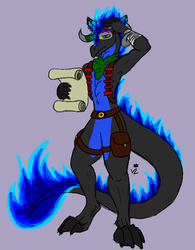 So he's sort of a representation of myself, but not in the way a fursona is. Avalanche is my avatar, but Void is more how I'd see myself. As I was sketching and doing the final version of the lines, I sort of noticed I reuse certain elements when designing stuff: skull face, candles on antlers, bony claw fingers, dark arm/leg sock markings, fire accents. He has parts very similar to like 4 others characters I draw, guess I found my type lol

Originally his name woulda just been Void Lizard like my art profile name, but it felt slightly odd for a non-reptilian character's proper name. The sigil was also supposed to be on Avalanche's shoulder at one point, but the idea was dropped. As a side note, I really adore the idea of a character being able to swap out a small detail but keep the theme, like him changing the skull shape to different animals but keeping everything else. His default is sorta generic canid/predator.

Oh, I think I solved the issue of having black lines, dark colors, and not being able to see anything, let's hope splashing his accent color did more good than bad.