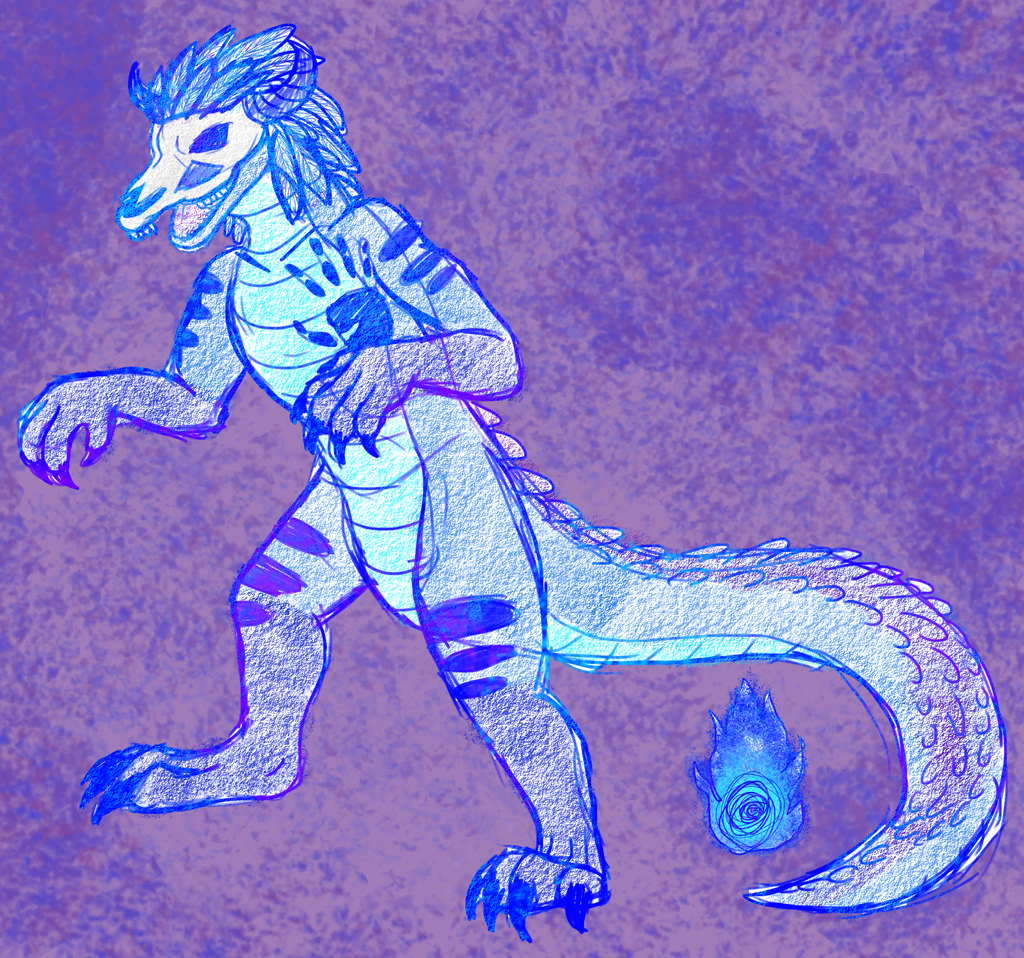 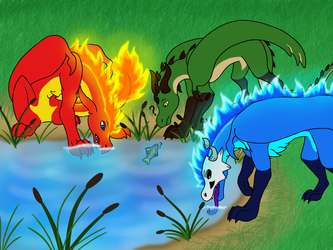 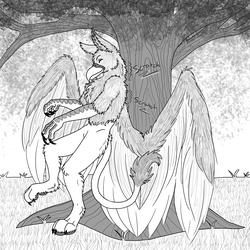 I've had an idea in my head for a while now about making a weird design of Skullamander with a Native American cow skull and using a gator as the base for the body. His actual design has an unspecified animal skull, possibly dragon, with curved horns and fangs, and the body of his type of dragon is loosely based on a monitor lizard mixed with roughly horse-like proportions.

As you can probably tell, I just doubled down on the sketch layer and used it for the final image instead of making a clean line art layer. This was more just to get the idea out of my head instead of to make a finished piece.