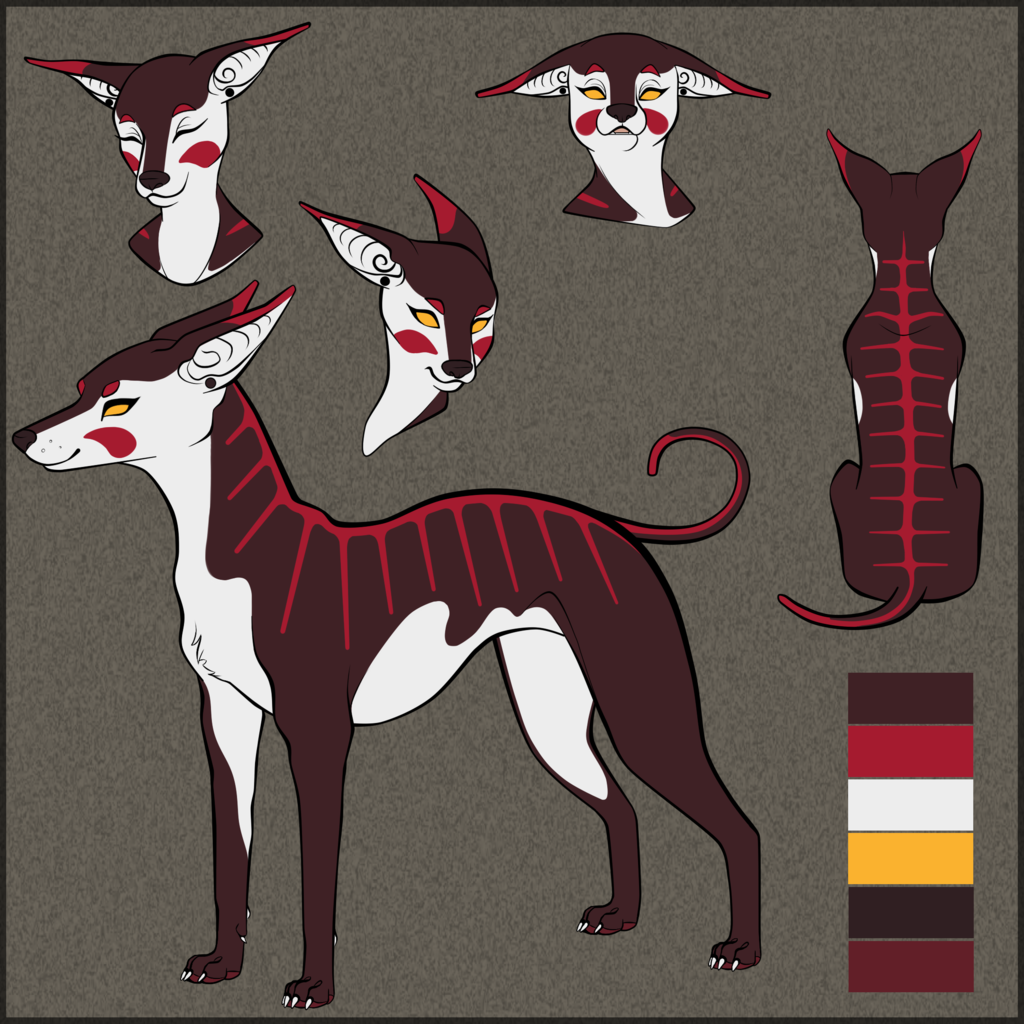 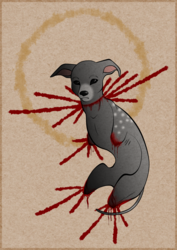 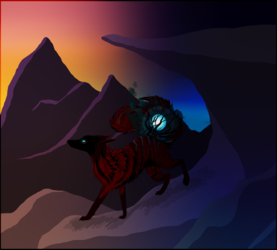 General: The way that Silva looks has a tendency to intimidate others, which is something that she compensates for with her personality. Her body language tends to be quite open and welcoming. Silva holds herself in such a way that gives her an unconventional sense of beauty, despite the clownish nature of her fur. Her style is edgy.

Notes: Paw pads are a pinky-purple, not matching her fur. Claws and carpal pad are white. Yellow eyes are either blank or with the vague suggestion of irises/pupils.

General:Compensating for her edgy look, Silva has a very approachable personality. She is extroverted and can be surprisingly bubbly. Easily worried about her brother, she is prone to stress which she responds to despondently. Silva will stand up for others if she sees they need help and is not afraid to scare people off when necessary. Being around people gives her energy, which is valuable as a college student. Her pride is not an issue and she will ask for help if she needs it.

History: Silva was born five years after her brother. She was the favorite child growing up, but the attention she received was cut very quickly when Vipron started exhibiting more problematic behaviors. Her parents began to argue increasingly with Vipron's acting up. This is when she started learning independence, although she was only a toddler. After her parents split and Vipron ran away, her independence was intact and she became very determined to remain in good spirits. It was difficult as expected, considering that Silva's entire life had been turned on its head, but she managed with a headstrong attitude.

Present: Silva lives in an apartment with one female roommate. She goes to college and is aiming for a bachelor's degree in Exercise Science. Acts almost as a parental figure to Vipron.

Vipron: Brother
They get along very well, although his recklessness and depression are the main sources of stress in Silva's life. Vipron relies on her for basic needs and friendly chat, as well as borderline therapy. She is one of few who knows his real name and where to find him.

Mercer: Friend
Silva's openness and Mercer's casual attitude mesh very well. They like to gossip, brainstorm, and study together. Mercer has developed a slight crush on Silva, but is afraid of what his feelings may do to their relationship and hopes to get over it.

Jude Wyatt: Teacher
Silva is the one who encouraged Vipron to reach out to Professor Wyatt. Aware of the relationship the two had and vaguely aware of how it ended, Silva did end up asking for his help reaching through to her brother. Jude was hesitant and resented her for that for awhile, but his bitter feelings did not last. They don't know each other well, but there is a mutual admiration. Jude has a soft spot for Silva. She is a good student.

Silva belongs to me.
Original design by Canned-Sardines on DeviantART