Vilanova's tale behind his regret by Vilanova (critique requested) 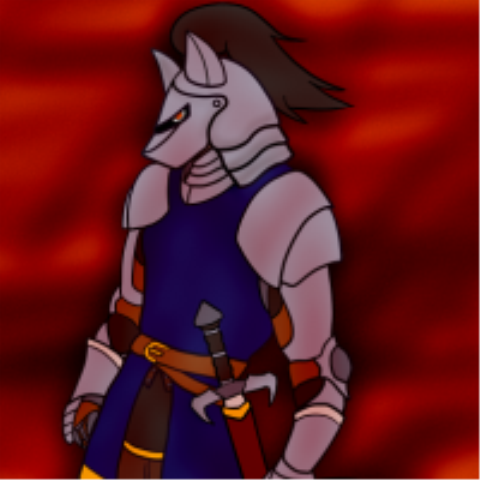 Ernesto Vilanova was recently called to be the heir to the Vilano estate by his grandfather after dealing with a chronic illness that has been leaving him weakened over time. At the time the County was in a small turmoil. Sadly his kingdom revolted with many others against the Catholic Church after the learned of the church's exploits and even held their own by allying with Spain and Germany but, all was lost when his father betrayed his mother by trying to poison her, kill her children only to find out he was of the Roman Empire working for the church.
Thankfully a French guard who would later become his step father saved his mother found out about the Detetuaś betrayal and called forth the earl/ count Adolfo, (Vilanovaś grandfather).

When his biological father ran away he took dead and other family documents allowing the rivaled Dias family branch whom Adolfo was also a father too but were planning something worse as the documents held great worth to the Roman Empire and as such a civil furs turned to a revolt and the town of county of Vilano was struck by fighting and later turmoil years later. During it Vilanova's family escaped when the roman city decided to deem them excommunicated and called for a purge. Vilanova returned for his grandfather only to find out this was all planned by both his grandmother and biological father. Adolfo ran her out after finding out his illness was caused by poisoning but the legions came and only Vilanova was there with his grandfather dying before him. He gave his grandson the deed, his armor that he newly fitted for him when he was to rule and a red ring that was to claim his status as the sole heir. Vilanova wore it proudly as the legions were coming and tried to take his grandfather with him but...
Adolfo was already at his deathś door. He got up, gave his grandson the family motto with his sword held high and when the grandson spoke out he rasped back to leave as the legions invading could be heard not to far away.
"You are a master of your tongue but, a slave to your words."

With a cold pain, Vilanova fled by the back entrance to the study as he heard his grandfather call them out to fight but the young wolf knew he would not see his beloved grandfather no more.

He made haste only to see his castle town burning before him as random legions tore the place apart and recognizing the colors of his armor some attacked him.
Just as he was taught to do, by reaching out and used the reinforced gauntlet to parry the first blow by slapping the blade as if using a buckler, takes the inbred fool’s sword arm and rips through with his falchion then as the other come forth he takes out his stiletto to parry then impale. Others ran as he cried out but a horn sounded and all were falling back. He knew his grandfather was now dead and he just killed two men.
In grief he chased after his family to catch up only to meet his grandmother begging him to join her. Now knowing what a snake that woman was he pointed the stiletto at her horse took the box she stole and told her off. He would later meet his family again in their old family friend’s home in Sicily but as the heir and after it all. Ernest chose to be known be his family name first instead of Ernesto to show his choice and left to wonder about to find his biological father and bring justice upon him. Then the step family would be next but as he would go on, the Vilano-Dias family that betrayed them would die one after another by age and sickness to which made the armored wolf actually pity them. For all their greed and selfishness the were their own undoing. Maybe The Lord decided to take it upon himself so family blood would not be in Vilanova’s hands but only one will. His father will rue the day he ruined the day he destroyed the lives of his family, friends, dreams and his people he so lovingly cared for. He carries on with faith and sword held high. 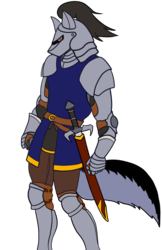 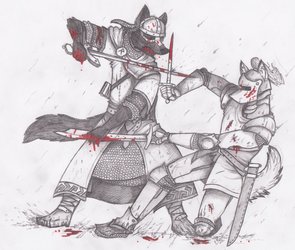 Its been a long time since I ever even dared try to bring this old story back but after so many of you good friends that I have come to know here and influenced me to strive further, I could not help it. I had to try and bring this long tale back and redo it. Most of you will not recognize it but some may.
Sadly its too short compared to the pages I used to have but at the same time I wanted it as a short tale rather than a long ardous read so here it is.
Please let me know what you think of it.