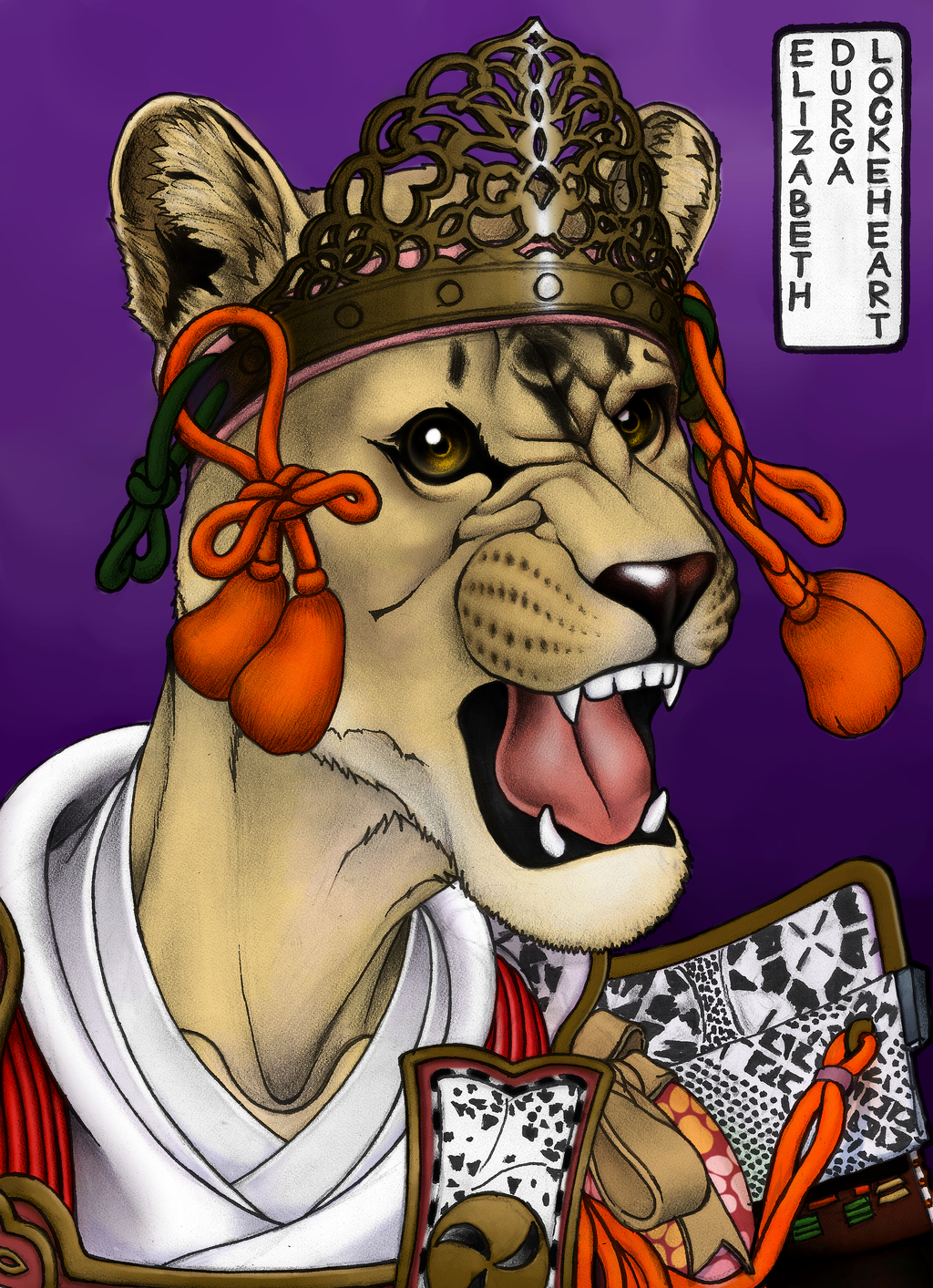 Elizabeth Durga Lockeheart dressed as Tomoe Gozen the famous female samurai. Elizabeth is one of the main characters in my story Only HUMAN. She always wears dramatic outfits with historical significance when on the bridge of the Sacagawea, her astro-aquatic pirate ship. She uses the ship to take action in affairs that concern the philosophy of the ship's mission and give immediate aid to disaster areas. For the most part the costumes are authentic or at least high quality replicas of those worn by historical women, particularly warriors. She also dresses as Durga, Joan of Arc, Zenobia, Tamara, and Triệu Thị Trinh.

Elizabeth has the ideal mix of intimidating strength and tender compassion needed to carry out her work. She is named for one of the figures of her faith, a form of buddhism with great emphasis on the Hindu tradition. The other reason being that she was born with a unique marking resembling a bindi on her forehead. Her father is a 200 year old Avani (alien) with the appearance of a white lion and her mother is a 78 year old Creolani (human/alien).

Avani live very long because they have not yet adjusted to their symbiosis with mankind, and the lesser species of Earth. They get their name from the planet where we discovered them observing us. They originated in a galaxy that has since died out, 3 Billion years ago. They often go to Christianity and Hinduism as faiths because of their species' relation to the concept of reincarnation and resurrection.