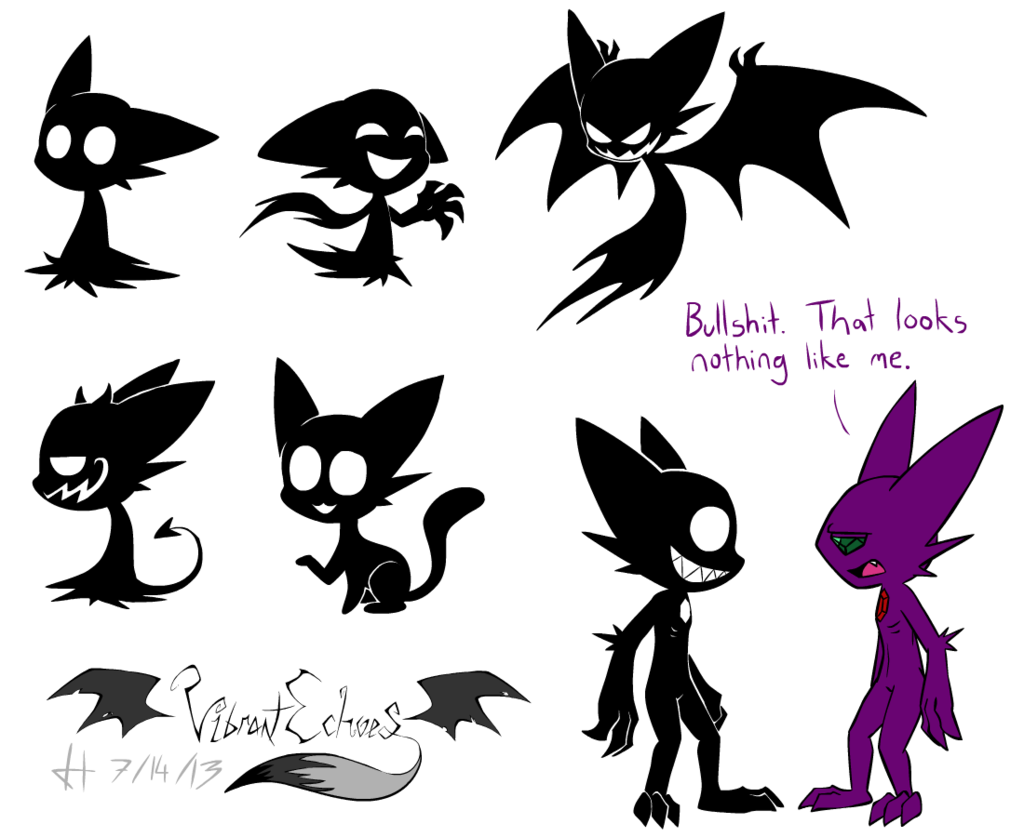 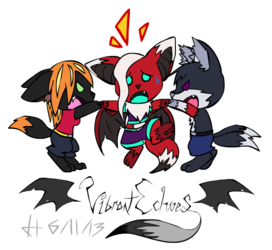 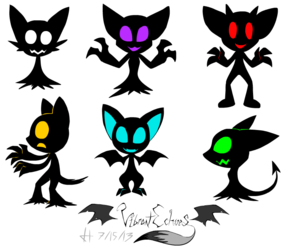 This character is still under development, and I do not yet have a solid reference or bio for him, but I'll explain the basics here. First of all, he is not a Sableye. If he was then he would be among the most terrible bullshit Sableye OCs ever (and that's saying something). I kinda just drew some inspiration from the way I draw Sableye's ears.

I don't have a name for what his species is yet (could use some help with that maybe), but basically he's a shape-shifting imp of sorts. These creatures, being relatively weak, are somewhat reclusive, especially during the day, when they were at their weakest. Their only powers are changing their shape (to an extent), and entering dreams. Generally these beings are of a slightly malevolent nature and will haunt dreams, turning them into nightmares (sometimes they will even stick around one person and give them chronic nightmares). Some prefer to stay in the waking world and scare people there instead, however. Others still would rather not bother anyone, and simply keep to themselves.

In the waking world, these creatures are actually very weak (despite their immortality), and their shape-shifting powers are limited. They always have at least one major feature they cannot change, and they cannot make themselves any larger than their true form (generally no more than 3 feet tall at the absolute maximum; 2-2.5 feet is more average). Since they appear only as a silhouette or shadow, they stand out in light, and usually stay in the dark. Their eyes and mouths appear as a bright glow (the color of which may vary). Their true form can vary from solid to slightly amorphous, but they can make themselves completely gaseous and/or intangible at will. They will always have at least one major feature that they cannot change in the waking world (for Morpheous, this includes his head shape, eyes, and ears), and they cannot make their form very complex.

In dreams, however, their power is not nearly as limited. They can't cause any long-term mental or psychological damage, but they have complete control over their form, and if one happens to be powerful enough, they can even manipulate the rest of the dream as well (unless they encounter a lucid dreamer, in which case they cannot control the person's in-dream self, if applicable). The more powerful the creature, the more vivid the nightmare.

That's pretty much all I got for now.