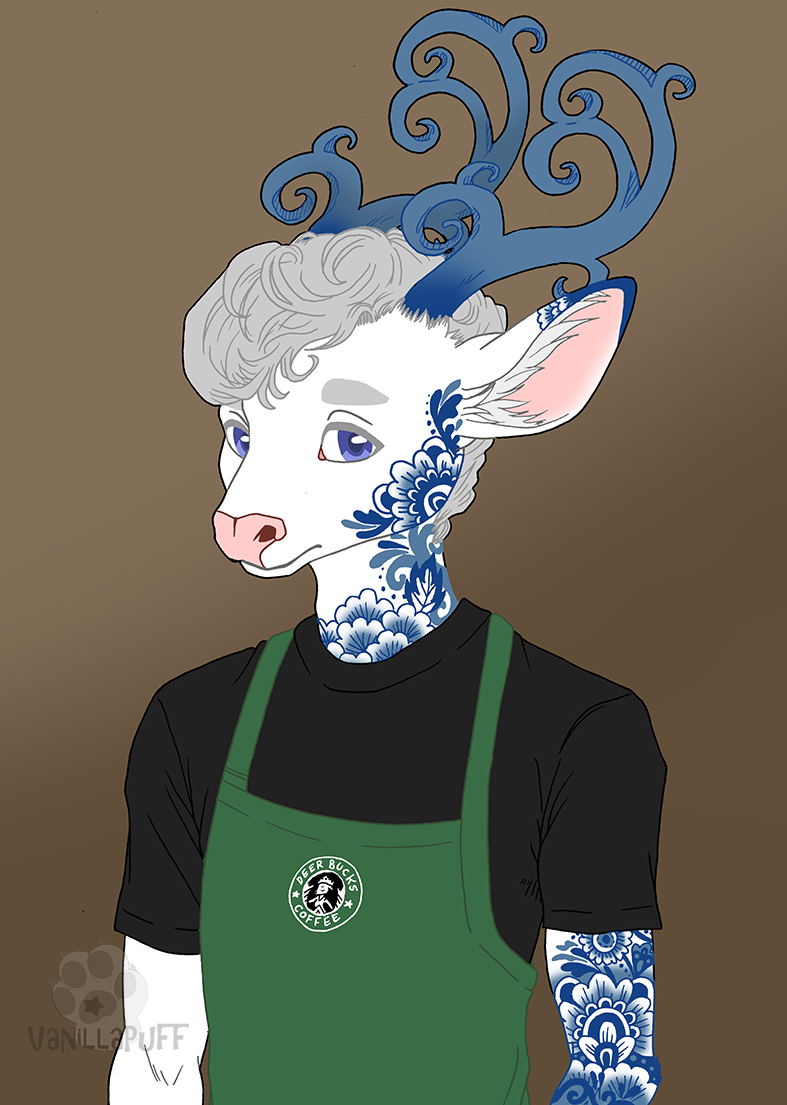 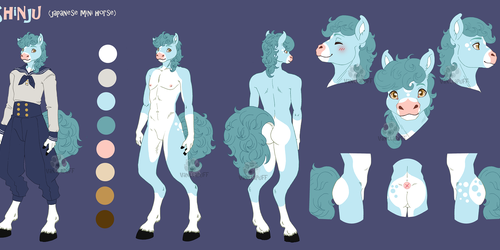 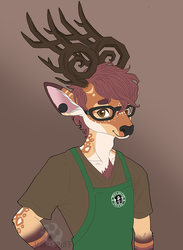 blows dust off gallery
Now thanks to Corona I have more time to draw. Here's my not so new OC Porcelain.
He's a stag obviously and he has a porcelain themed tattoo to match his name. He is an introvert and works for his parents as a barista in their Deerbucks Coffee (I know, I am so creative)
He likes to avoid people which doesn't really go well with his job. He always disliked being a white deer due to the possible danger of being cought by hunters and predators. Also he is the only albino in his family and thanks to the problems you get being an albino he got the name Porcelain since everyone assumes he is very fragile; also because he is such an introvert.
His brother Mocca works with him at Deerbucks and he is is best and only friend so they do pretty much everything together.
Porcelains nickname is Porce and he usually has everyone in his family call him that name instead of Porcelain.