In the Dark Red Glow of a Brown Dwarf by Unownace 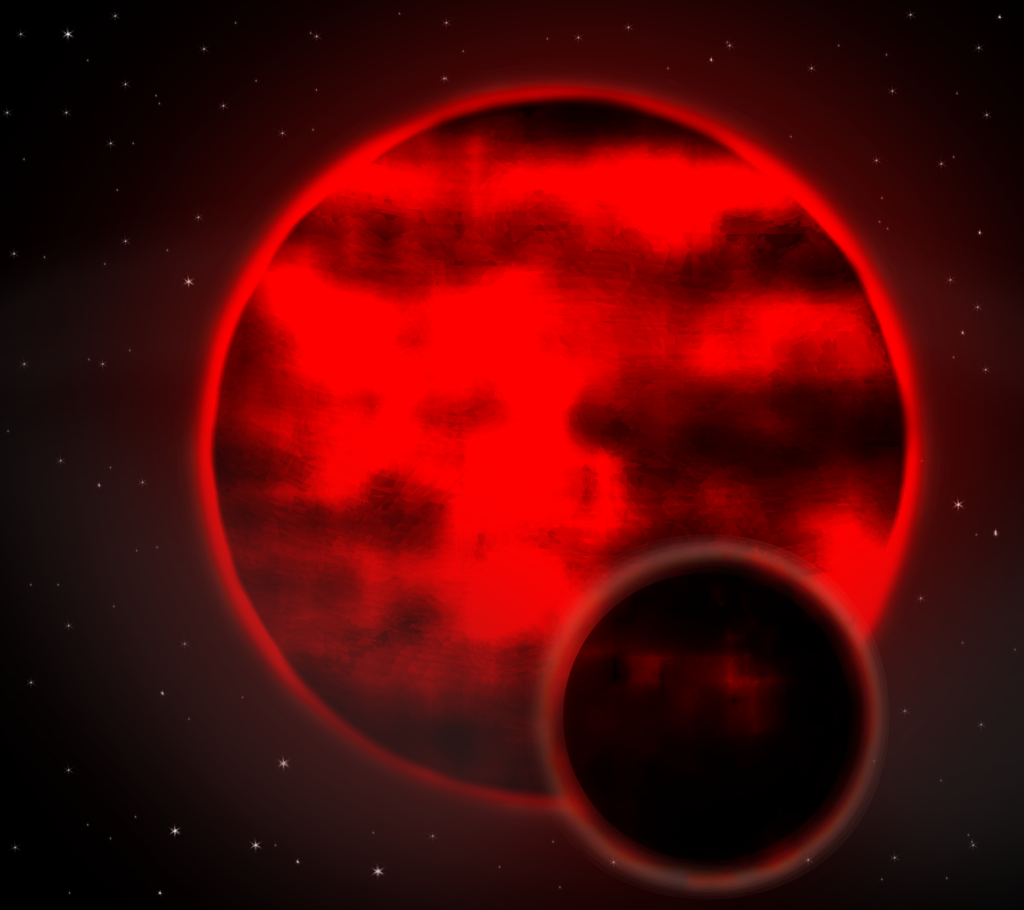 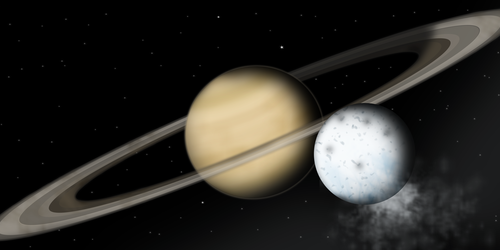 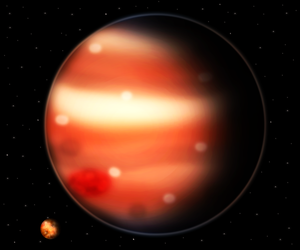 In the Dark Red Glow of a Brown Dwarf

What do you get when you have an object a dozen-or-so masses of Jupiter out there in space, but still isn't quite heavy enough to fuse hydrogen into helium in its core like a proper star? You get a Brown Dwarf. Ginormous swirling balls of hot gasses and vaporized metals like iron the rain down as molten metal in storm that would put Jupiter's Great Red Spot to shame. Fueled on their cores not by hydrogen fusion, but by fusing lithium into carbon instead, as well as the colossal amounts of heat trapped inside from their formations and the radioactive decay of heavy elements like uranium (which is what keeps our planet's core hot and drives out magnetic field), these little-understood objects drift through interstellar space, or sometimes orbit a much larger star like a planet, giving off a somewhat faint reddish glow like lava from an erupting volcano.

In theory, these objects may have planets or moons orbiting them (the classification depends on how the brown dwarf was formed. Some form independently by collapsing directly from a cloud of dust and gas in a nebula like most stars do, making them "stellar brown dwarfs." These types generally tend to have lower metallicity [meaning less heavier elements than just hydrogen and helium] than the other type, which like Jupiter and Saturn form in the proto-planetary disk of a parent star, making them "planetary brown dwarfs."

Some such objects that orbit these strange "in-between-state" bodies may get as large as several times the mass of Earth, making them "super-Earths." The high mass and density of these mostly rocky satellites, plus being in close proximity to the parent brown dwarf could make these satellite worlds far more active than even Jupiter's infamously volcanic moon, I.O.. As depicted here, a super-Earth-sized object orbiting to-close-for-comfort to this hellish monster of a world has made it equally hellish, with constantly erupting volcanoes, a thick, Venus-like choking toxic atmosphere and tectonic forces turning swaths of land the size of continents into literal oceans of lava. Basically, Mustafar.

On the flip-side, smaller, more distantly orbiting objects, especially if the brown dwarf does not orbit tightly to a bright parent star, may look more like the ice-moons of the outer planets in our solar system,. with volcanoes and cracked glacial surfaces with vast subsurface oceans, like Europa, Ganymede, Titan and Enceladus.

There may even be a "Goldilocks zone" for rocky moons of the right size and distance orbiting a brown dwarf, assuming said brown dwarf ALSO orbited in the habitable zone of a relatively calm star like or sun. Such objects could be more like Endor or Yavin; lush, habitable exomoons with rich and diverse biospheres, but with a magnificent sight of the smoldering dark red parent brown dwarf forever fixed in the sky of the hemisphere facing the object (almost all moons we've found in our solar system are tidally-locked to their parent planets due to their close proximity, including our own moon.) In the day-time, this habitable world may see a sun in the sky much like ours, that will occasionally get eclipsed by the gigantic parent object it orbits.