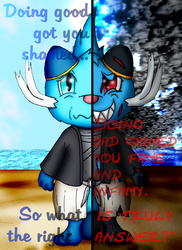 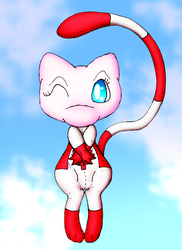 While Conrad may be insanely strong and skilled as a fighter who could easily beat almost anyone in pure paw-to-paw combat, he lacks the experience and out-of-the-box thinking to deal with opponents who fight less conventionally (Alice Hearts for example.)

As such, being Ace's most successful fighting tactics are annoying the crap out of his opponents to distract them before going in for a knock-out blow (Trollkata) and his enhanced Jedi senses and reflexes that allow him to easily dodge and counter any attacks from direct heavy-hitting fighters like Conrad, he makes the perfect sparring partner...if Conrad can withstand Ace's pop-culture-one-liners long enough before he loses his temper. :3