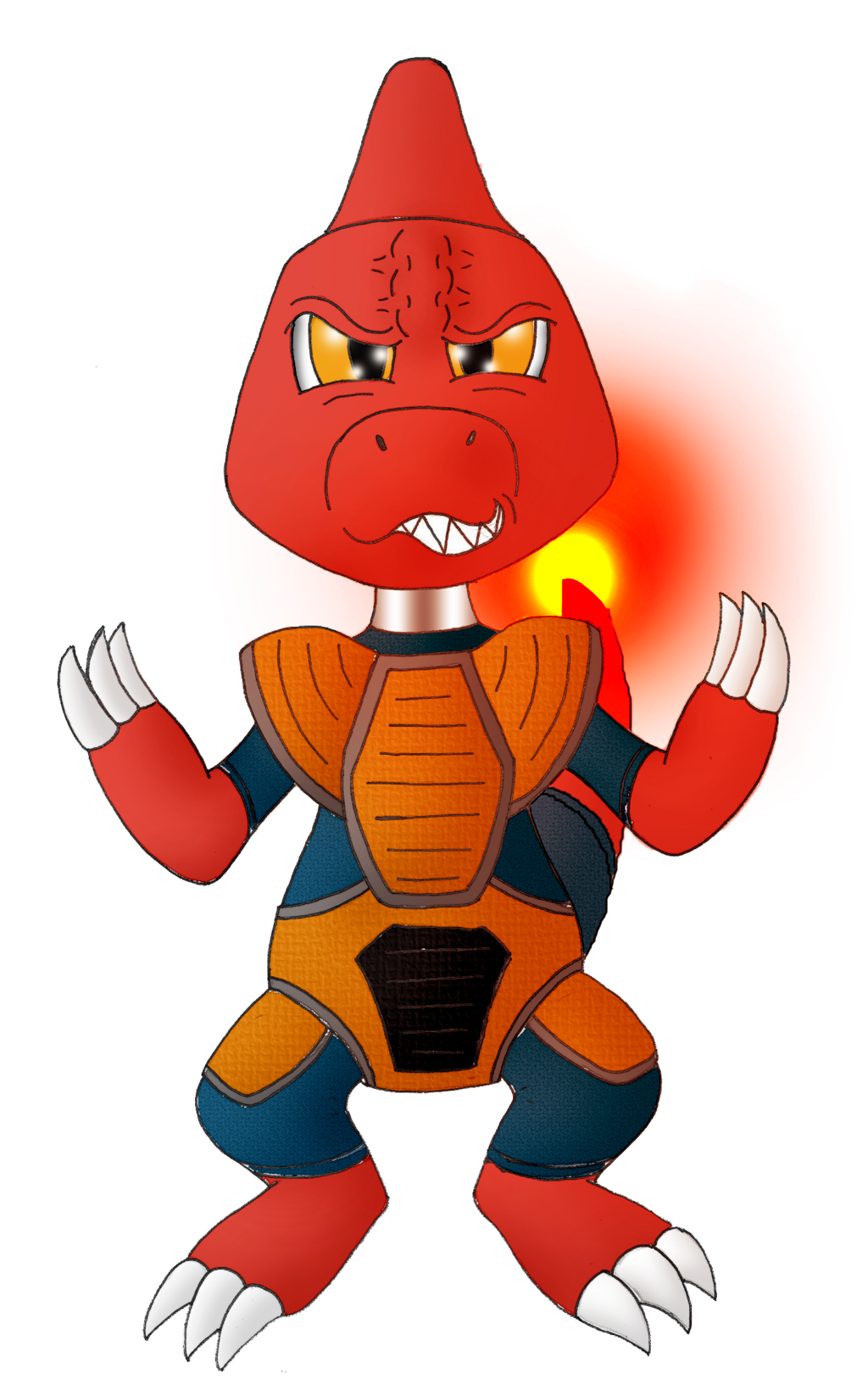 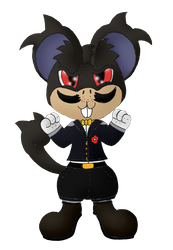 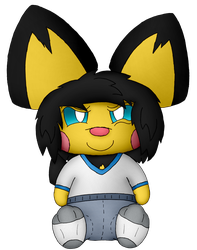 Anyone remember Bennett's two "henchmen" back in PMD: EotFF, the Scrafty named "Crash" and the Charmeleon named "Burn"? No? I don't blame you, it was a looooong time ago. XD However, more recently, I've been wanting to give the latter of the two more character development, including making him not a normal Charmeleon, not a Human-turned-Charmeleon, but a Klingon-turned-Charmeleon, hence the "forehead ridges". He also has purple blood like a Klingon and occasionally swears and Klingon when he's ticked off. XD I have a few ideas for his backstory and personality, but nothing completely solid yet.

Also, yeah I know it looks like he's wearing Saiyan armor, that was kind of the idea. I wanted it to look like a combination of that and a bit of Klingon and samurai armor designs.

His name, "Kwul", (a more English spelling of his Klingon name, "qul",) roughly translates to "fire" or "flames", in case anyone wondered. "Burn" was just a nickname Bennett gave him, which he long ago rejected. Kwul will also frequently correct people on the pronunciation of his name, tell them it's more like "Kul", since in Klingon, a lowercase "q" is basically just a "k". Yes, I own a Klingon-English dictionary. I'm a dork, I know. XD