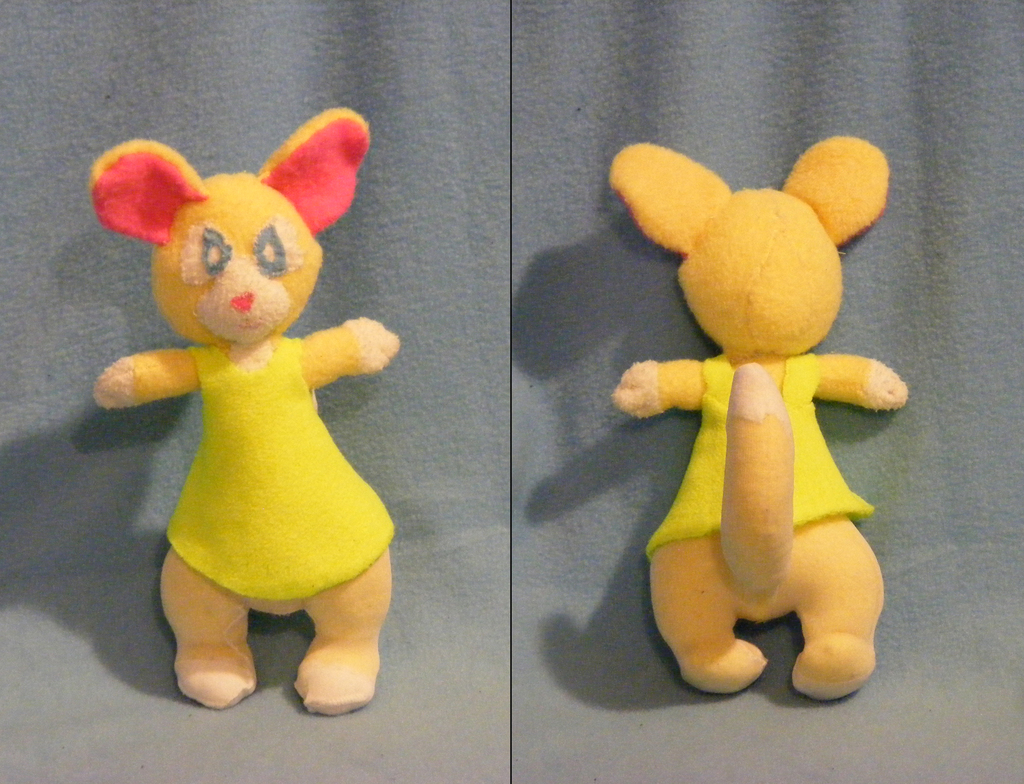 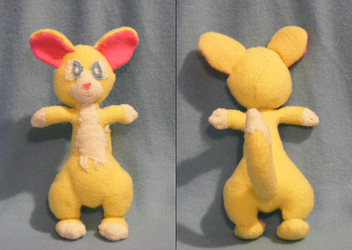 Jack: ...I honestly never thought in my ENTIRE life I would see an outfit that is simultaneously both so EASY and HARD on the eyes...

David: ...She said, "Why does the racist, sexist Man-Ferren dress like a person from the Earth's 'Matrix' movies?" snicker

Jack: ...I dunno. Ask her if she thinks this spoon I'm about to bend three-sixty degrees around your snout actually exists?

Lol. My final finishing touches to my plushie were adding the clothing I drew her wearing in her references; a little bright-green dress made of fleece and a pair of "tights" made from and actual stocking. I may make a few other accessories for her down the line, if I feel like it. XD