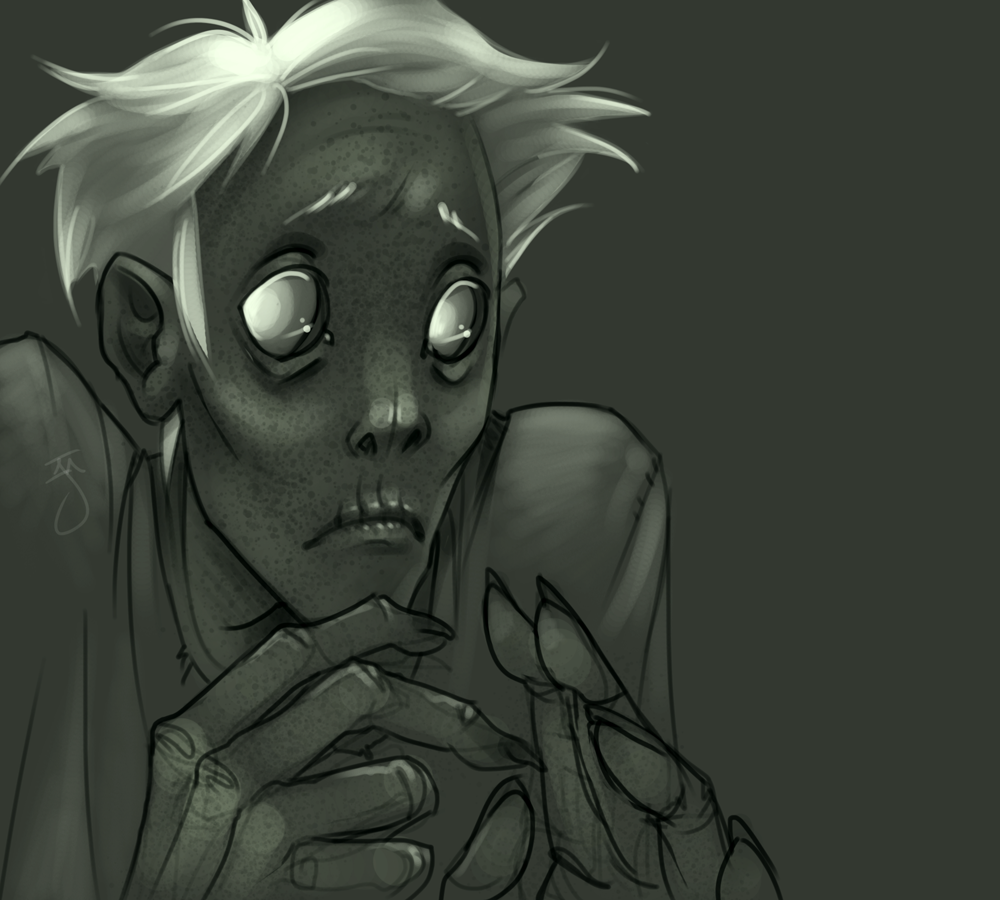 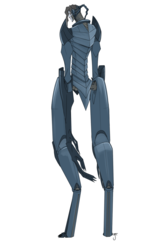 here’s a guy who doesn’t get much publicity online yet! GHOULIE BB, or the ghoul… or greg. this guy’s a cryptid born to a perfectly normal average human family, and after a few short years of failing to meet his very unusual needs, they set him free in the woods so he could be himself. occasionally his human siblings drop by to have a picnic and usually try to keep tabs on him as best as they can. they’re the only ones who call him greg.

ghoulie’s part of a very small number of lanky humanoid creatures that exists solely to scavenge corpses, dig up graveyards, and creep people out if they catch a glimpse through the trees. he’s actually harmless and more likely to dig a hole in the ground to hide in than to attack anyone, which causes trouble when a “scientist” catches him for study. what follows is pretty much a monster horror movie, except greg gets out okay in the end. his hair is short because the scientist cut it all off :c

ghoulie can’t talk much; he does make loud warbling noises deep in his throat when he’s scared, to warn potential threats away. he’s comfortable walking on all fours, and when standing up straight he’s about eight or nine feet tall. he normally smells like dirt and meat. prefers nighttime and tight spaces. his eyes shine in the dark, too. …imagine that walking toward you at midnight.

AND YET HE DOESN’T REALIZE HOW UNNERVING HE CAN BE so if you run from him, he’ll assume there’s something big and scary and he should run away, too.