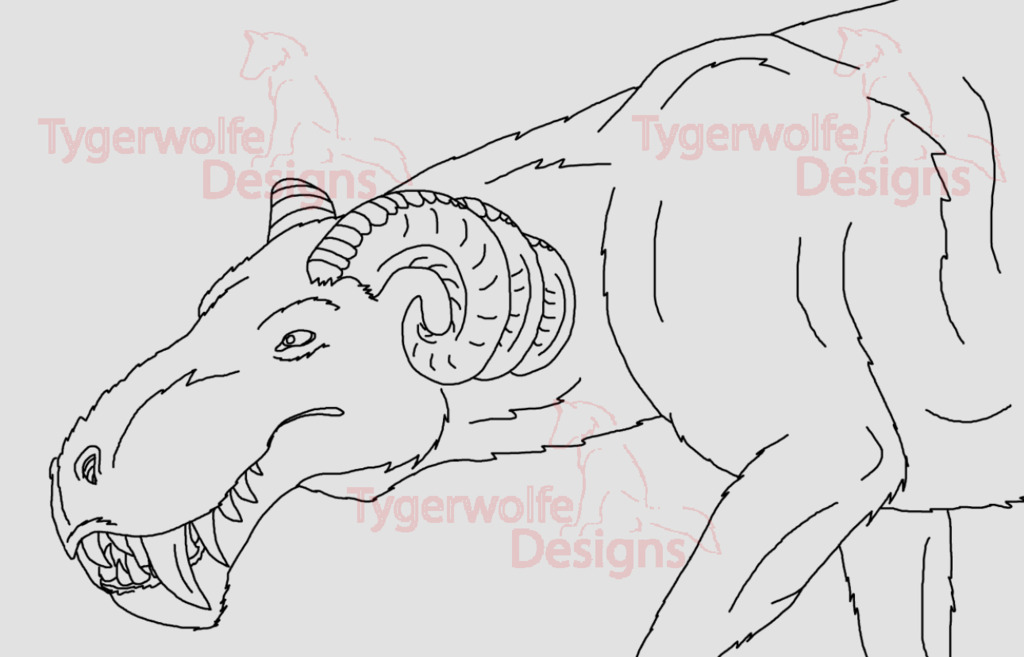 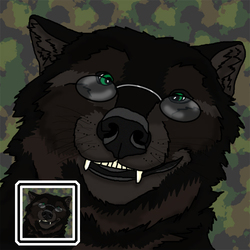 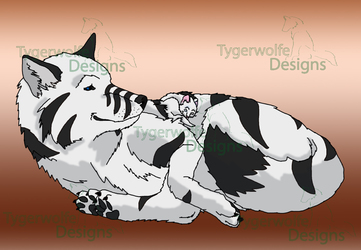 For those who know Karen Marie Moning's Fever series, this is a personal take on IYD. Let me explain why.

I'm an anthropology major with an eye toward paleontology. When I first read Dreamfever and the "IYD beast" was described, what I saw (and still see) in my head was very different from what would eventually be drawn into Fever Moon.

Based on the descriptions in the book, I saw a nine foot tall, sixteen to eighteen foot long quadropedal beast with hand-like forepaws, the ability to stand and move in a bipedal fashion if necessary (and obviously the ability to tie things onto his horns and foreleg). From the descriptions of the gaping maw, the obsidian fangs, and the color-changing body, I was reminded of an ancient beast (appropriate, I feel) known as a Gorgonopsid.

Now, the Gorgonopsid did not have horns, and it was a reptile, so it didn't have the horse-like fur that I imagine the IYD Beast to have (color changing fur seemed more striking to me than on smooth skin - and I just didn't see it as reptilian - he feels too much like a mammal; even before I knew who he was). So obviously there were some marked differences, but tonight I got the urge to draw him based on the Gorgonopsid reconstruction used in the show Primeval.

Now, this is far from done - I have to refine the sketch, add the pouch tied around the horn and maybe a hint of the sweater tied around the foreleg, and of course, the background. But I wanted to share the work-in-progress with you all for now. It's the first personal piece of art that I've done this year...LOL, and it's a piece of fan art. ;)