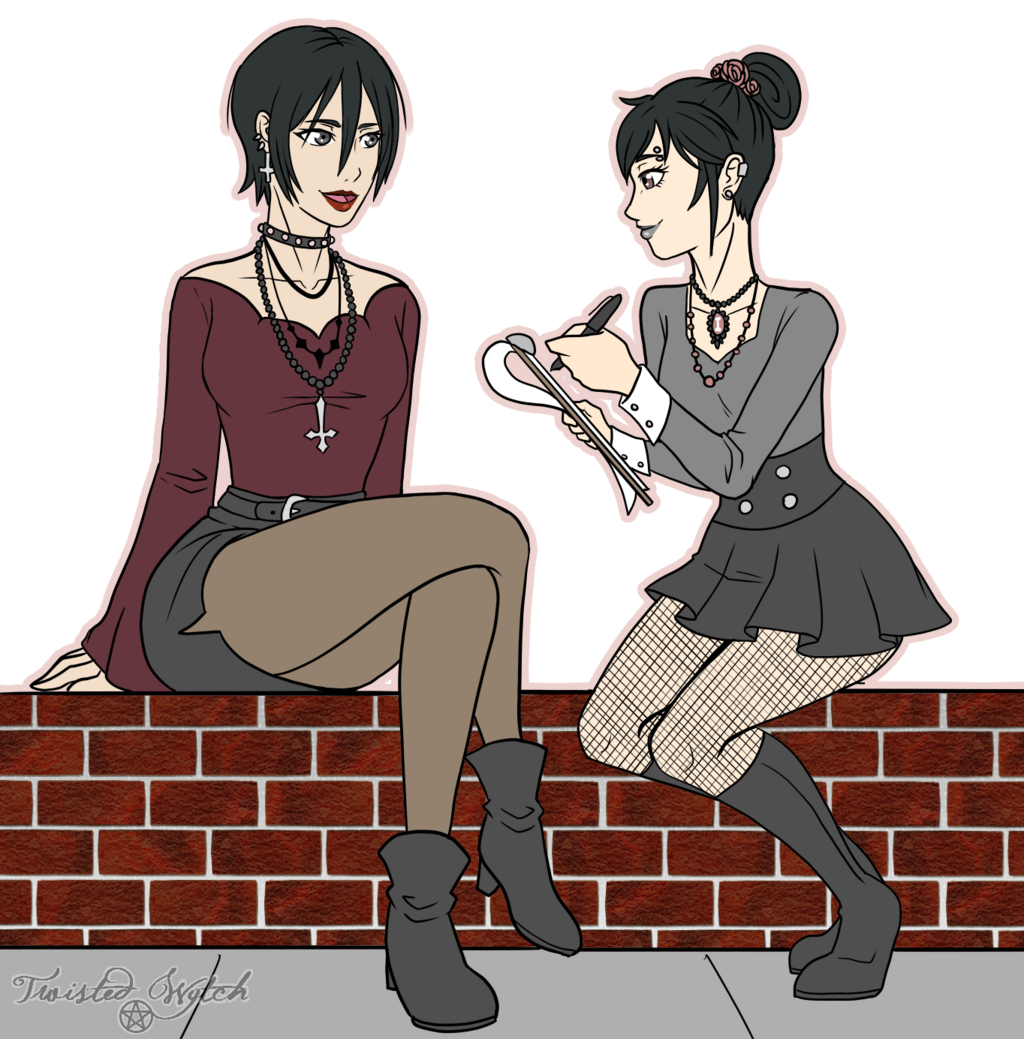 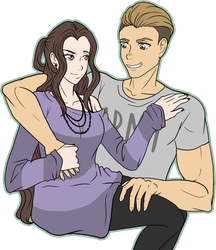 Another one of my OCs for Attack on Titan. She's a reporter and in this universe (Where there are no titans) Mikasa is a kickboxer, but she also dresses all goth as seen in the Attack on School Castes. It's kind of an AU based more around that, except it's also an omega verse because I'm trash like that.

Mikasa is an alpha in this universe and loved Eren when she was little, but she grew up to think of him as only a sister. Things play out extremely differently between them, and the scarf is just that, a scarf. It holds no other real meaning beyond that, at least not anymore. However, I did make her shirt the same color as the scarf to sort of reflect that. I also gave her the short hair, because MY GOD it's just so HOT!

Anyway, The gal there is Hana. A Japanese girl working at the local paper. She's in love with journalism and opted to do the interview on Mikasa when she qualified for the championships in her kickboxing league. Of course, during the meeting, you would never know this about her as she looks far more ladylike in this getup.

Mikasa and AOT belong to Isayama