"THE HUT OF BABA YAGA" by Twillight 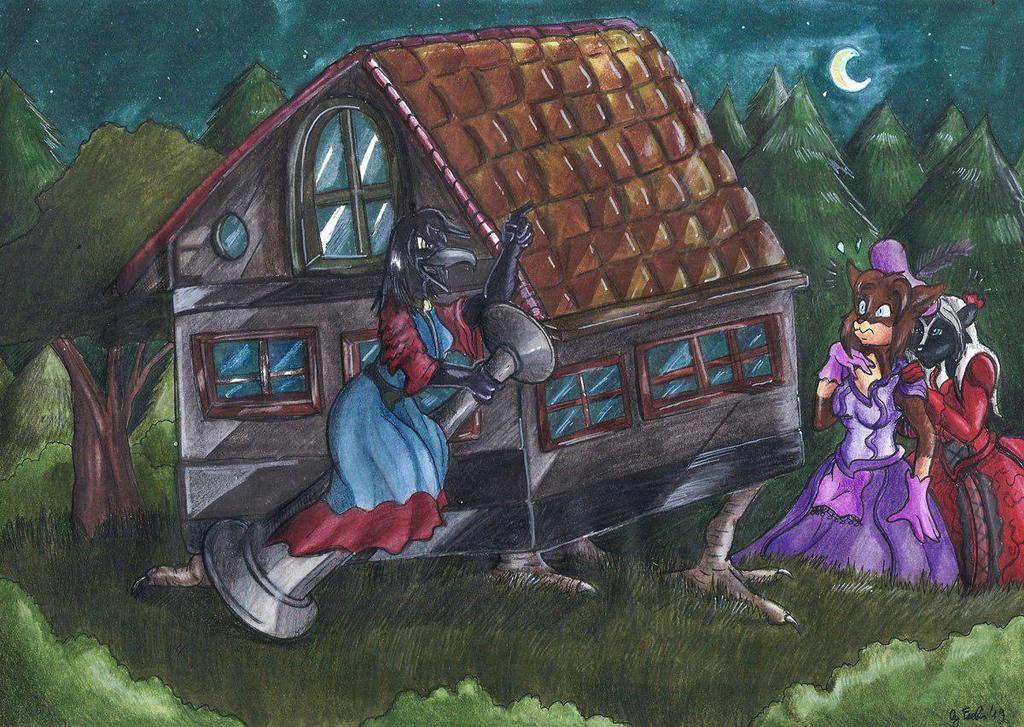 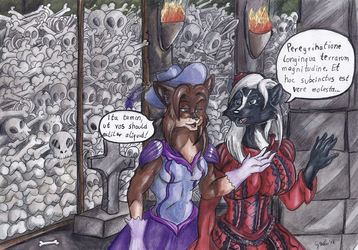 "THE HUT OF BABA YAGA"

Furry Pictures at an Exhibition 10

"THE HUT OF BABA YAGA"

Faelis and Twillight run through the forest as they suddenly stand in front of Baba Yaga's cabin. And behold; there is Baba Yaga already. Faelis and Twilight are very scared.

In Russian fairytales Baba Yaga flies around in a mortar, wields a pestle, and dwells deep in the forest in a hut usually described as standing on chicken legs.

All pictures drawn / painted by Faelis