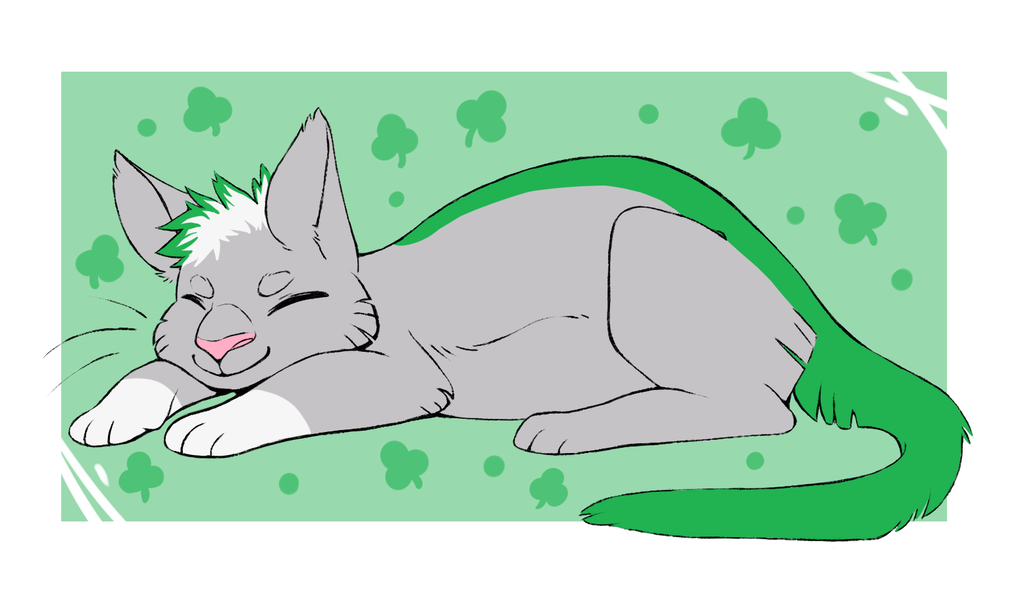 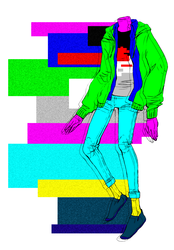 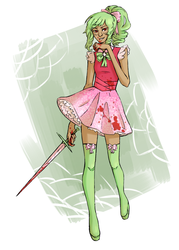 I decided to join #ProjectCloverkit because I want it to be remembered and the only way that's going to happen is if people keep reblogging, talking, and drawing. I want to make a suggestion to those of you participating in this project though. Somebody, or a group of somebodies, should create a group to support other artists like we're supporting Cloverkit and his creator. I'd be happy to be a part of that group, but not the sole founder. I've noticed a few have arisen, but they're just getting started and thus not fully functional yet. Also I'd like to point out that Cloverkit's creator might not be young or starting out and that's okay, they still deserve the support they're getting. No matter what age and how long an artist has been doing art, they're doing what they love and that's the most important part of all this, supporting what people love. I also want to talk about the Tumblr user who originally insulted this OC. I read their FAQ and I'd like to focus on this:

"Q : Why do you make fun of artists who are probably too young to do any better?

A : Let me tell you a little story. I was 10 years old, and had gotten into digital drawing a few months ago. My art was pretty bad, but I thought it was great. Then someone came along and gave me a pretty harsh, but honest, critique on it. That opened my eyes, and hurt though I was, it motivated me to improve greatly. I realized that my crappy OCs, with their neon bright colors, they could never actually happen. I worked hard, tried to make things better, and it got me a very long way. All because of a honest, harsh critique."

Mod R is seems to forget the 'critique' portion of their own explaination. A good helpful critique is great, but just shouting about how bad things are is not a critique, that's just hate. A critique can be negative and that's fine, but it should include options for ways to improve the things that are 'wrong'. I'd also like to point out that not everybody is as strong as you, Mod R. Some people can't handle negative comments very well and it might make them stop. Being 'honest' is alright and I'm 100% for that, but just plain writing

This is a Warrior Cats OC

THIS IS A WARRIOR CATS OC.

HE HAS PARTLY GREEN FUR.

is not at all a critique. Heck it's literally you just shouting the fact that Cloverkit is a Warriors Cats OC. I'd suggest next time you make a 'critique' try those things I've mentioned such as pointing out exactly what you think needs to be improved and possible how to go about it. And that's the end of my critique to you, Mod R.

On to the part where I talk about Cloverkit. Listen, Bolt Thundertail, I hope you are doing okay and sleeping well. I hope all this noise we're making about you isn't keeping you up at night or overwhelming. If it is, I'm sure all of us will understand and switch our focus onto somebody else. I'd like to tell you how much your OC means to us, but chances are my message isn't the first you've read and you know. However if you don't - we're flooding you with support because most of us never received support in the past and we want to support you because it's what we wanted for ourselves. I'd like to end this long message with a final critique for you. For starters, I love Cloverkit. I love his colors and I think he's such a cutie. I had a ton of fun drawing him. I haven't read Warriors in a long time but, I still remember how cool medicine cats are. However I'd like to suggest that his design could be improved if when you draw the white parts of his fur, you could use slightly off white like a super pale grey. I don't know your reasoning for the green fur is, if you have one, but I love that green and if you don't have a reason, I'd like to suggest that a reason could be that he has plants growing in his fur and maybe they're just plants like clovers, or maybe they're herbs he could use as a medicine cat. Whatever you decide to do with Cloverkit in the future is totally up to you though, please don't feel like any of us are pressuring you in any way, we just love Cloverkit! I hope you continue doing what you love and have a nice day today!