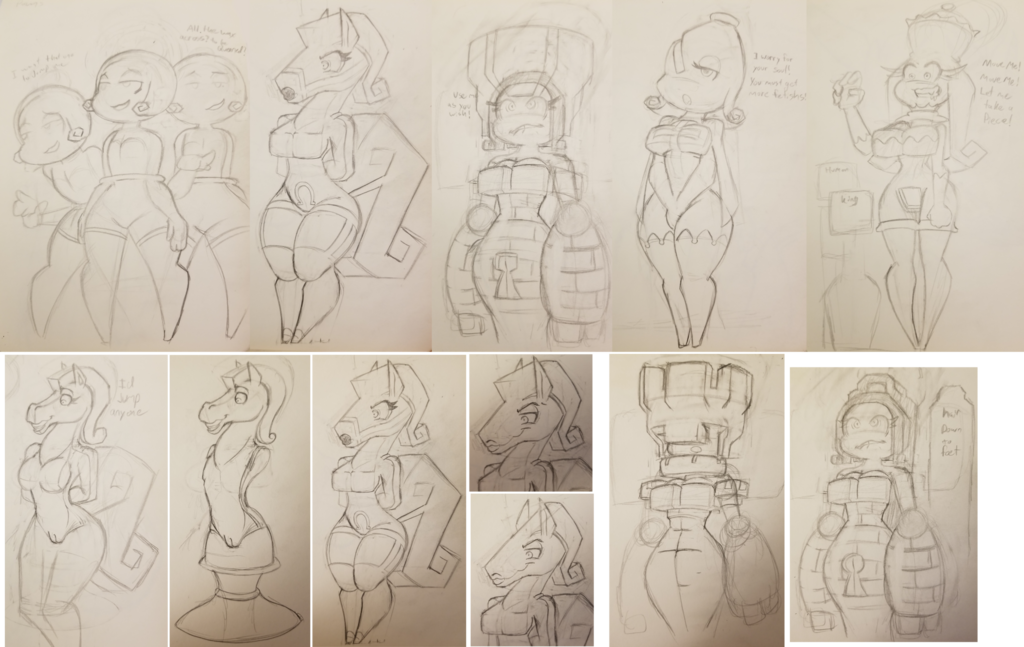 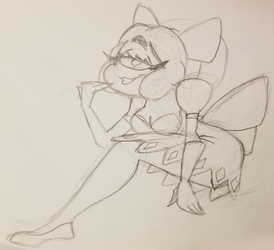 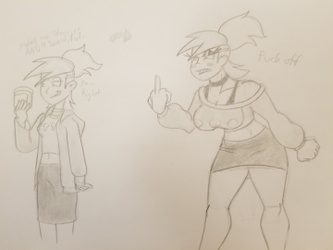 I've been putting alot of effort into these girls. Their not finished yet, but getting there.
You can see some of my previews designs for the knight and rook.

I know the standard thing to do is to give chess anthro the piece-base. But i wanted to avoid that look cause EVERYONE does that.
These were inspired cause I wanted to draw some good stuff :iconpainfulelegy: was drawing. And My first image was the 'king' and i thought it was funny for a girl to have a box shaped "box". (These are all female). The king is not in this image cause It was very lewd and Ill post it some other time. I tried to draw a male-queen but I'm just not into that stuff.
Each piece I wanted to be in a different form of bondage...permanently!

These gals are all normal people who've been rubber-ed-pressed into a chess piece. And with these new bodies come new smut craved minds.
None but the King (and if the bishop see something worth correcting) will move unless ordered. They arn't golems but seem to have the rules of chess craved into how they act now.
Pawns- Are docile and want to be taken. They dream of being upgrades, but just only want to taken. They freely look around and talk but only action when told to do so.
Rook- They don't move at all unless told to do so. They don't speak at all. They always seem to look of stressed with pleasure? What are they thinking?
Knight- Can't speak, but can make horse sounds, seem to always be dancing in place as their brimming with energy, but would take actions unless told to.
Bishop- Often is quiet, and often only moves when told. With the exception of moving to give advice to the king or tell people they are being sinful and how they can correct their sinful ways. (Note: Their idea of the correct way of acting is only found in the back rooms of a strip club)
Queen- Politely waits till told they can move, But once given leave nothing on earth will stop them. (This design needs work)
King- Often short, The only piece that can move freely and tell others to move. They except non-chess piece to also obey all their commands