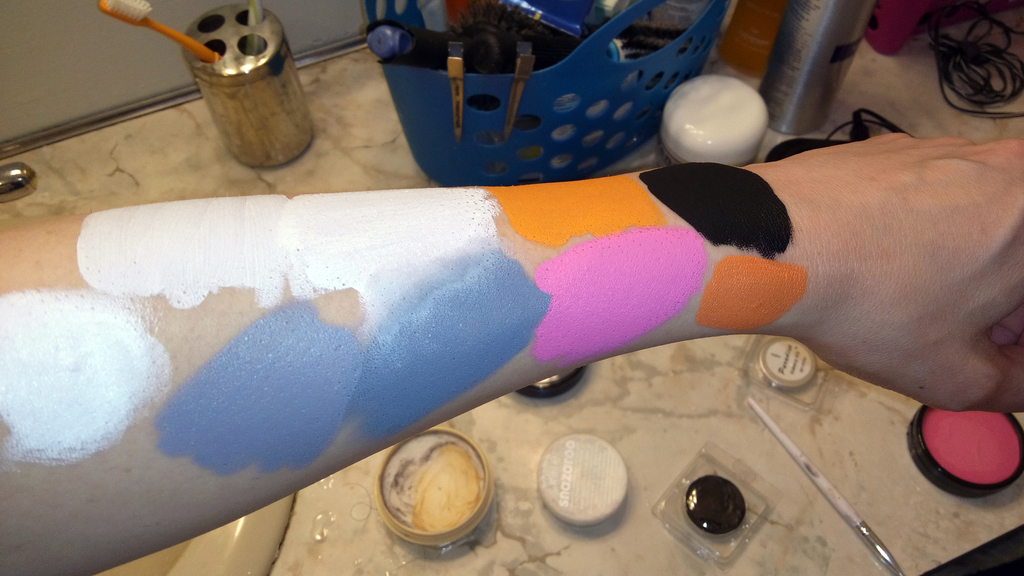 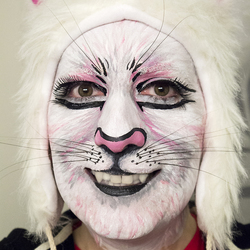 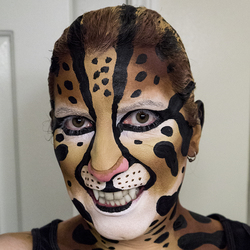 I'd like to compare the three pinks I have (Snazaroo, Paradise AQ, Temptu Dura), but I ran out of arm space.

Though it may not be considered quite as "pro" as the other makeups, most Snazaroo colors can still duke it out with the more premium brands such as Paradise AQ and Wolfe FX. I was a little disappointed that the Paradise AQ white wasn't more opaque than it is, but all of the Paradise AQ makeups apply nicely. The black, orange and pink are especially impressive in their uniformity. The Wolfe FX gray continues to be one of my favorites, and I especially like its semi-matte sheen. Ben Nye's Clown White is a strong performer, and with setting powder could be used alongside the water-activated makeups.