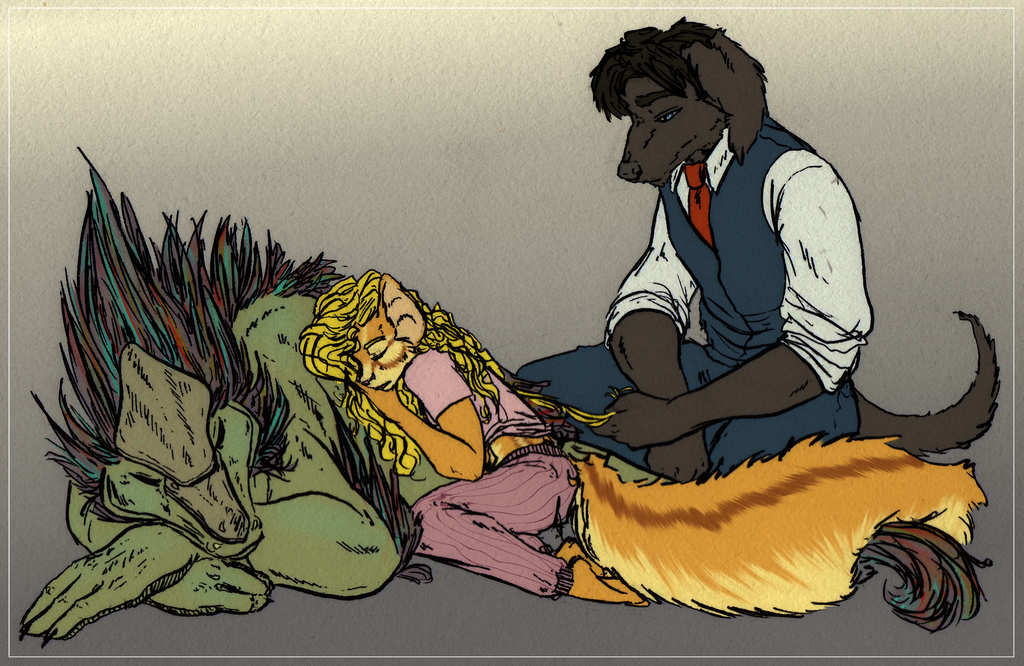 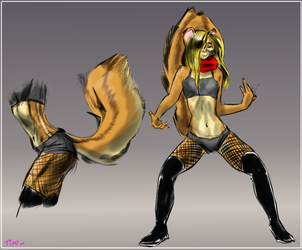 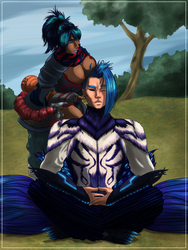 Sasha cuddling up with a candra, a lizard species from our comic project in development TheHuntersGuild TheHuntersGuild. This is a male who Sasha potentially rescued from behind a takeaway shop when he small enough to fit in the palm of her hand. Conall comes home to her curled up with him on the floor, a moment in life worth pausing over to savour.

I don't draw as much traditionally as I would like. Last night I came in after work and while Ridlee Ridlee watched a movie I just sketched away then inked. I was going to use charcoals but I got told off for potentially making mess as they were sticks not pencils....welll.......this came out instead. I have been coming back to the pleasure of inking, the weight and sweep of the line. It's very pleasurable to do traditionally as you keep the feel of it. Once a mistake is made it's made but that is a freedom in itself. And I have now coloured it digitally as a warm up and down after today's commission work.

I think my traditional pieces can be more sensual (not necessarily sexually so) as I linger over them.

Please note Candra are closed species and not to be used without permission. Conall belongs to Ridlee Ridlee