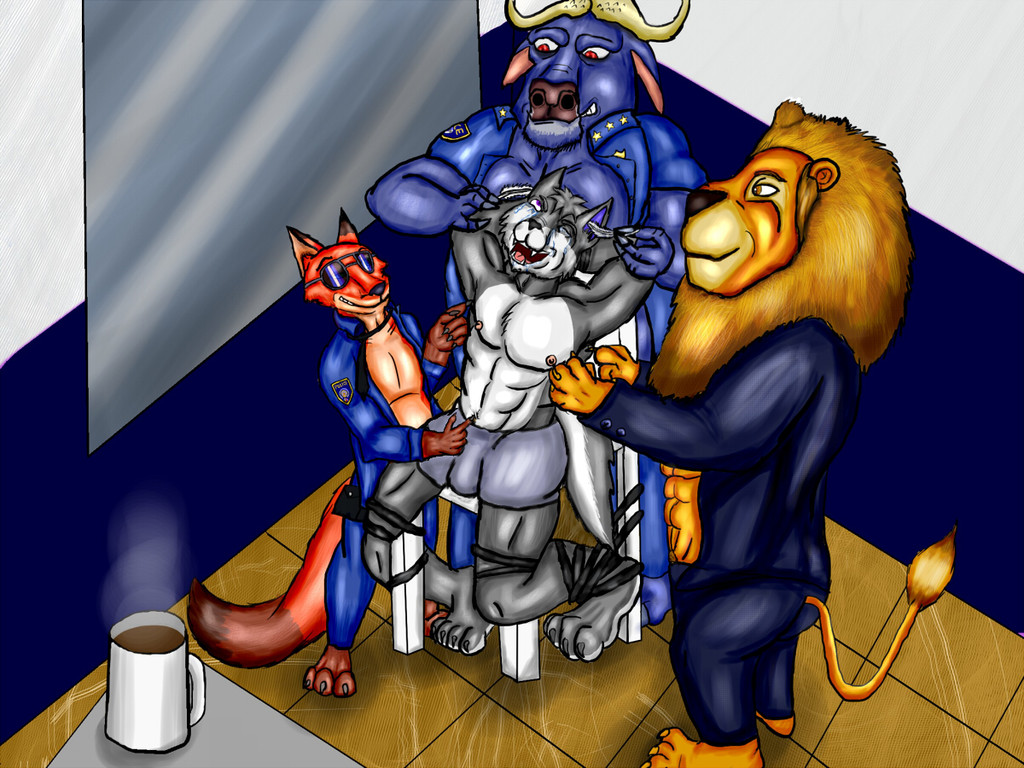 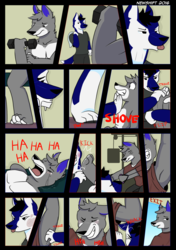 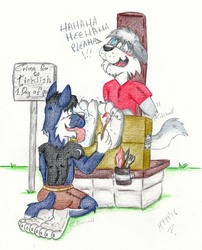 Nathan always wanted to be in the police team. But he never imagined what he had to do to be an official!
When the young wolf woke up, he found himself tied to a chair, with his legs tied to the paws of the chair and his hands behind his head.

"W-where am I?" he asked, squirming and trying to break free from his ropes

Suddenly, Nick, Bogo and Lionheart were around him, smiling and rubbing their palms. Before the bound guy could say something, they broke his clothes with their claws, leaving him only with his boxers.

"W-wait what are you going to do?!" he asked, scared and blushing.

"Didn't you read the letter? every new officer will have to pass through an initation!" Bogo talked, taking two feathers from his pocket and wiggling them in the air.

"So? are you ready pup?" the fox said, wiggling his claws

As soon as the wolf shoke his head, Nathan burst on a loud laughter, shaking his body and struggling. The feline started wiggling his claws on his pit, scritching up and down while his free hand caressed the nipple, making circles with a single claw on the sensitive spot. Meanwhile, Bogo used the soft feathers to torture the poor wolf's ears, sending him in a hysterical laughter. Nick worked on the other pit, scritching in circles while softly tickling a little under the navel.

"Aww come on be a man and take this!

Hehe this is a request from Reddawn in Furaffinity ^^ I wanted my wolf Nathan being gang tickled by some characters from zootopia! hope you like it!

Nathan by me
Art by Reddawn
Bogo, Nick and Lionheart by disney

I will post the mature version later so stay on! ;3