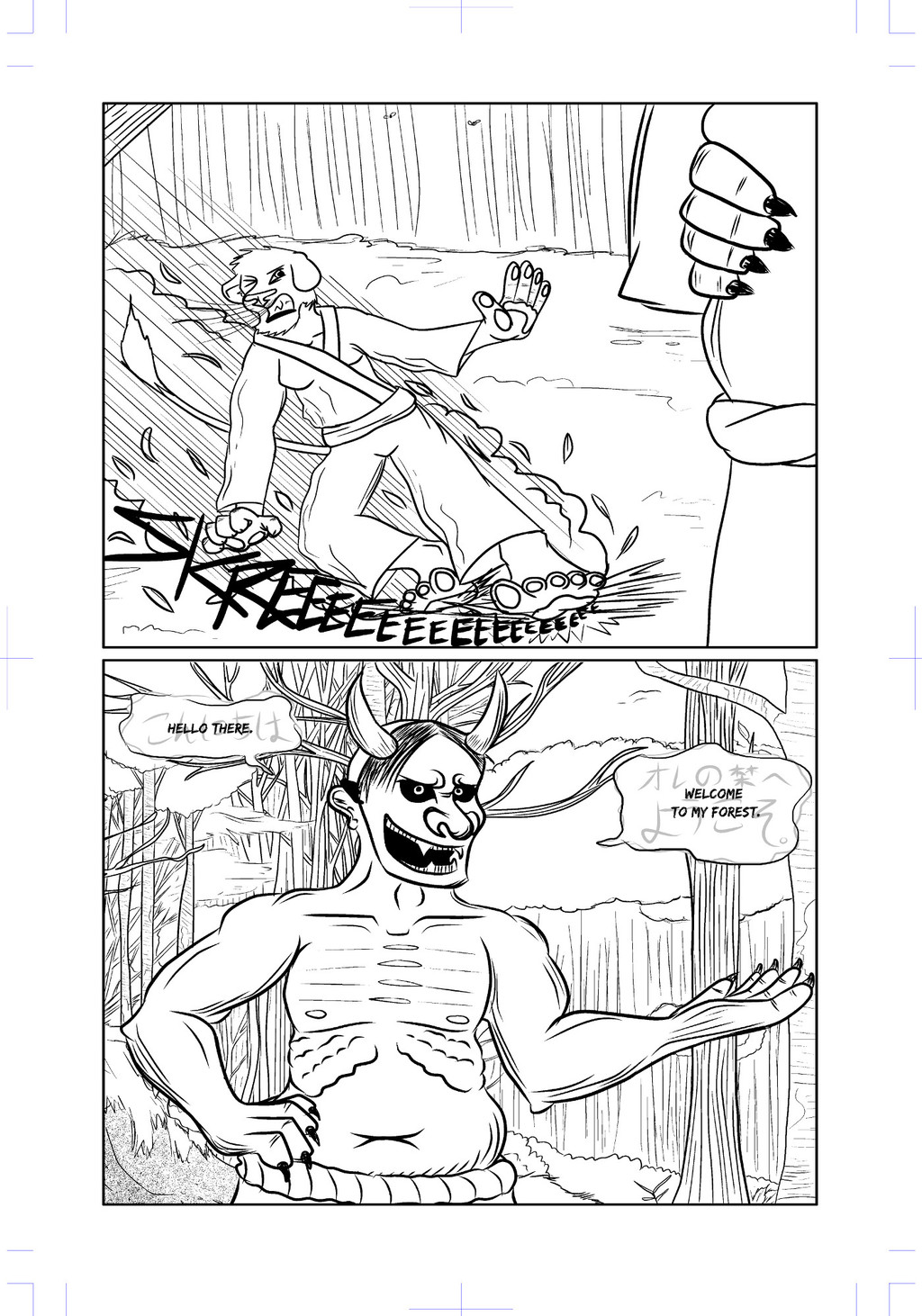 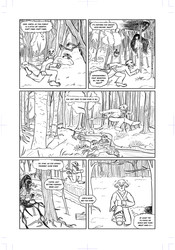 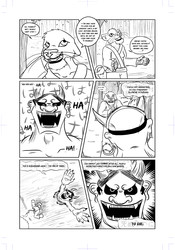 Every creepy forest gets its own dungeon boss. Dems the rules.


For those of you who can speak Japanese--or are learning--I'll transcribe the Japanese that's written underneath the English in the Oni's speech bubbles, in case you're interested. (My parents helped me with the translations.) The English translations are in the comic so I don't really need to write them twice! Kappa understands what the Oni is saying due to some kind of creepy magic at work...