Story: the Sloth and the Mountain Goat by Tica (critique requested) 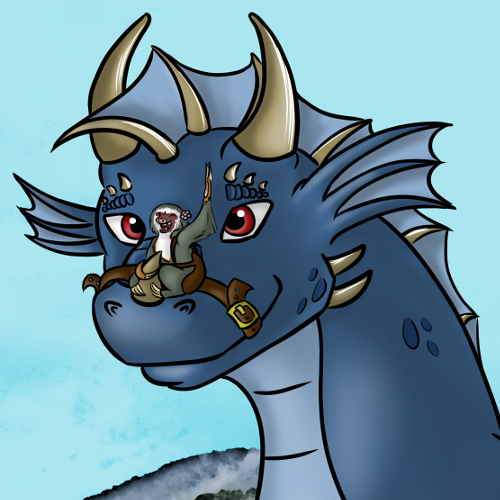 Once upon a time, there lived a mountain goat named Sven. Broad-shouldered and strong, with brilliant white hair and nimble hooves, he spent his days climbing tall Colorado mountains and traversing difficult, rocky terrain. Now, Sven was a very proud goat, and he loved to boast about his skills and strengths to anyone who had the ears to hear it.

One day Sven was ambling up a dirt trail when he saw a two-toed sloth hanging upside down in a broad, leafy tree, as sloths are wont to do. “Miss Tica!” he shouted, puffing out his shaggy chest. “I was just about to climb this mountain, 14,000 feet into the sky. How jealous of me you must be, hanging lazily from your branch day in and day out... I could never live a life as slow as yours: for, after all, I am the greatest mountaineer this side of the Mississippi!”

Tica the sloth turned slowly to look at him, a half-chewed leaf still in her mouth. “I like to climb things too,” she replied, politely ignoring his lack of tact.

“Do you!” mocked Sven. “Then let us have a race to the top of this here peak, and I will show you what I mean by 'mountaineer'—what say you?”

Tica had been referring mainly to climbing trees, of course, but she descended from her tree and stood awkwardly upon her sideways feet, looking up the mountain trail. It did seem as though the mountain pierced the sky itself. “I would like to see the top of this mountain,” she said, her small brown eyes transfixed by the majestic peak.

“Last one to the top is a rotten egg!” shouted Sven, bounding off the trail and up a craggy cliff that lead straight to their informal finish line.

“Perhaps I will be a rotten egg,” Tica thought to herself, “but at least I will see the beautiful views from the summit.” And she began her slow, shuffling walk up the dirt trail, Sven naught but a bouncing white dot amidst the distant gray rocks.

When she had gone less than a mile up the trail, she found her friend Chioxin—a great blue dragon with yellow horns and leathery wings—sleeping in the shade of a rocky overhang. “Chio!” she shouted with a smile, and he opened his red eyes and smiled back at her.

“Where are you going, little sloth?” he asked, rousing himself with a stretch and a mighty yawn.

“I am going to the top of the mountain,” she said.

“This mountain is very high, and you are very slow,” he replied, gently picking his friend up and placing her between his two vast wings. “How about we go together?”

“Okay!” Tica giggled, wrapping her long arms around his neck as he took off into the air. She loved to ride upon his back, feeling the wind in her long, gray fur, so she never said no to a piggyback ride. They wheeled about in the sky, skimming the trees here, plunging into clouds there, until they finally settled on the summit, where Chioxin lolled in the sun and Tica wandered about, picking flowers.

About an hour later, Sven arrived at the top, hauling himself over a ledge, panting heavily. His face was smeared with dirt, and there were brambles matted in his hair. He was utterly shocked to discover Tica at the top, decorating her fur with chains of wildflowers and braids of grass. When he saw the dragon, horns draped in flowery crowns, he realized she had had help in her climb.

“You cheated!” He cried out, dismayed at appearing to have lost to a sloth. “That means I win!”

Tica smiled up at him. “Of course,” she said. “But even so, I have had the most lovely afternoon!”

[i]Moral of the story: friendship is sweeter than any victory.[/i] 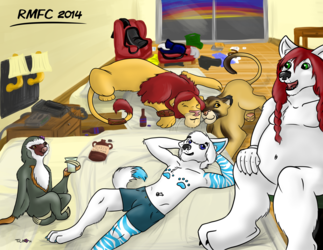 Story: the Sloth and the Mountain Goat (critique requested)

Now that RMFC 2014 has come and gone, it's time to post my conbook story!

Since the word limit for the conbook is very small (650 words), I decided to write an Aesop's Fable-style children's story. While it is based on "the Tortoise and the Hare," the moral of the story is completely different. It is very short, sweet, and simple. The only reaction I can hope for is a gentle, "d'awww" at the end. :)

Please enjoy!! And remember, ALL comments and critique are welcome.