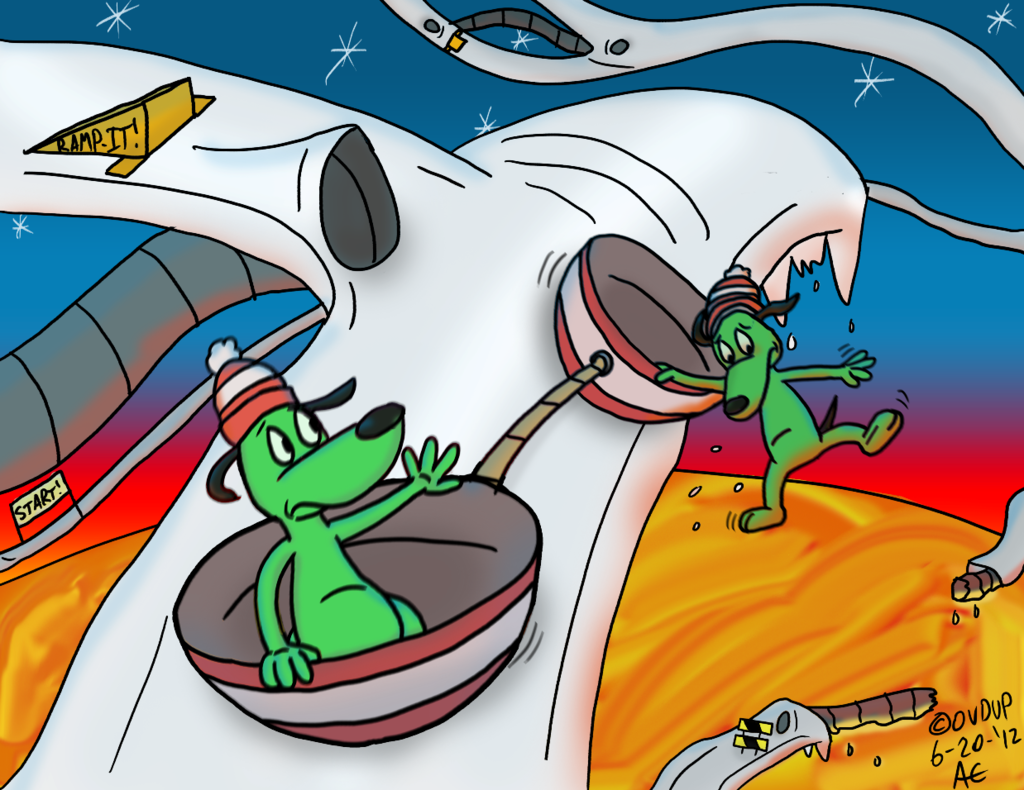 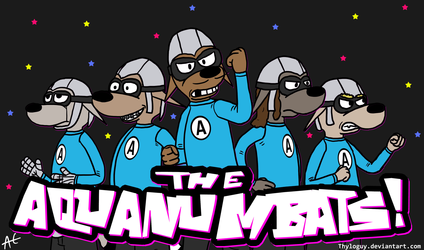 It's been almost 10 years since I drew these guys... They don't have names. They're just the "Martian (Saucer) Sled Dogs."

I originally came up with these characters back in Elementary school (~15 years ago). Where the dogs would be in a sled and I would "draw" them through a crazy snow-maze filled with tunnels, lava, and a ton of other different things. I originally made only one dog, then I added the "pup" later on and they could "split up" and take different paths. However, they were still tethered to each other via a rope. It's not too easy going pretty fast on a narrow pathway either...

Here's an oldie of what they originally looked like (you can sort of see the maze on the other side of the paper if you look hard enough): http://thyloguy.tumblr.com/post/24999636938/this-particular-drawing-was-made-about-10-years

Anyways, this is probably the most random character/scenario I've ever come up with (besides the Perronoyd and Gatoling in Bandamooka).

If you can tell by the old design, the little dog from 2 stupid dogs was a semi-inspiration for them.