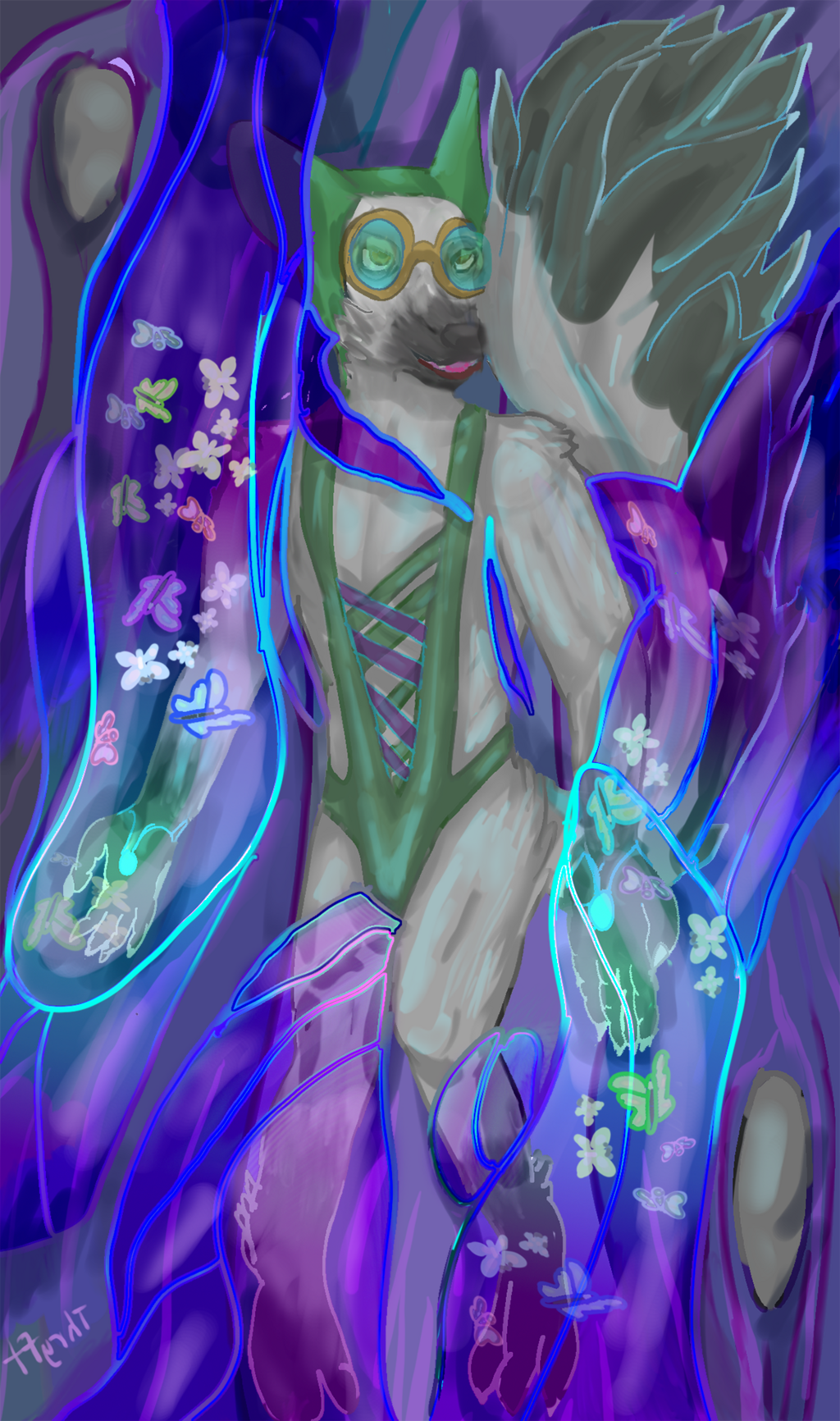 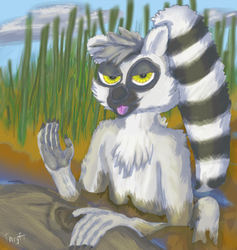 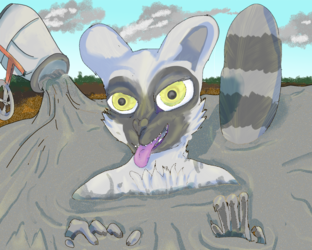 Somewhere, at the edge of this realm and the next, there were rumors of a glowing, cursed swamp that posed a grave threat to anyone that passed by it. Any travelers who came by were said to be entranced by the spell it would cast over them and be compelled to walk deep into the pits of the swamp, without regard for safety. All that knew of it knew of the neon blue was a sign that danger was near and ran from it. Except for one.

Ghostfox was more curious and less fearful than most. He led his own expedition, and with the ability to hold his breath and discharge ionic energy at will, he was the ideal explorer. His resolve didn't waver when he first saw the glowing surface of the swamp nor even as the thick. blue liquids of it began to rise up around his knees and pull him in. But he was still surprised at the sense of belonging that the swamp could fill him with, almost as if it were communicating - reaching out.

Out of curiosity, he let a blast of energy out from his palms and was astonished to see the truth behind the legend. The light revealed that inside the swamp wrapping around him were a swarm of butterflies, reaching out around his arms and legs. As they rested back in place he realized that the beings consisting of this place were not reaching out in hunger, but in affection. The sense of belonging he felt was their genuine appreciation for warmth.

It didn't make this place any less dangerous, but it did make it much more beautiful to know the truth. And since Ghostfox could hold his breath for as long as he needed, he was glad to indulge these butterflies just this once.

Request for Ghostfox91 featuring his character. I took a lot of liberties with his ideas here and turned the dial up to 11 because I can't help myself sometimes, especially when drawing a character that can discharge ionic energy at will.