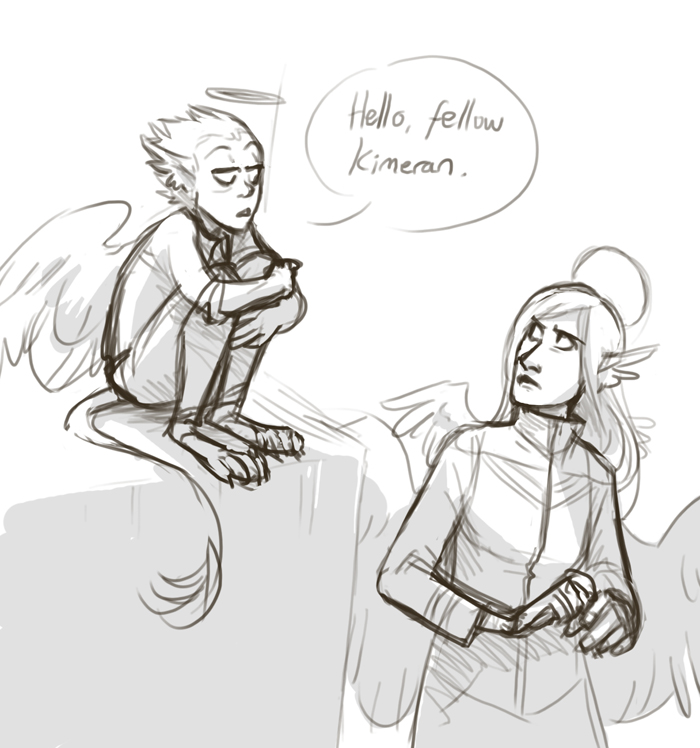 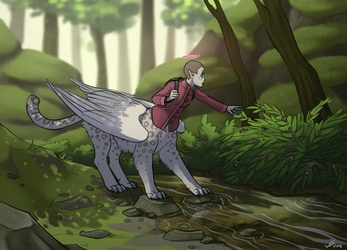 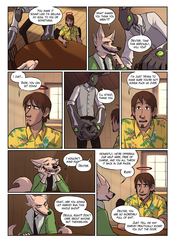 It has bothered me so long that Max looks a lot like an AuÓdor (Lana's species) that I'm just like, you know what Max, if you want to be an AuÒdor you can be one. He's old enough that it's plausible either he or one of his parents is half demon, and while that's in no way necessary for his character, it certainly doesn't hurt. Anyway, it doesn't really matter since he died as a little kid and doesn't even remember ever having been a normal mortal being.

Given Lana's rather extreme dislike for certain other characters I don't think she's a fan of Max either.