The Bolt Wings by The-Nocturnal-Rodent 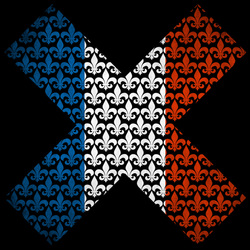 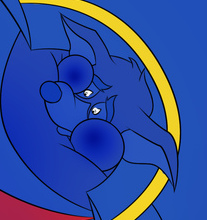 Ok so I have said for a long time that Jay is part of a gang and I finally drew all the members. Just portraits because I don't have the patience to draw full body at the moment XD. So here's all their bios underneath:

Of course you know Jay, the face of the Bolt Wings and easily recognizable by his colorful behavior and his sheer size. He's a nice guy, not a jerk at all. Despite his tough exterior, he is fairly nice to outsiders. His main interests is art, astronomy and of course eating and inflating himself. His voice is noticeable for having that stereotypical greaser accent.

Jay is Greek-American, both sides of his grandparents having immigrated from Greece. His father was Catholic but when Jay was only two, his father left the family. He was then raised solely by his mother, who was Jewish. He used to live in New York before moving to the desert town where the Bolt Wings is located. He has a job as a tattoo artist and is quite good at it. Along with that he is enrolled in college, planning on majoring in astronomy since he has a huge love for astronomy. He also has a huge love for rock music and heavy metal, possibly part of his greaser lifestyle.

He has a lot of secrets, one being his past. He was a very chubby kid and got made fun for it a lot. Because of this, he had a reputation of being a crybaby as he was very sensitive. His mom coddled him a lot and this didn't help the problem. When he and his mom moved however, he saw it as a chance to change himself. So he adopted the greaser culture to help toughen him up. Other secret is that aside from loving to eat himself fat, he also loves inflation quite a bit, especially blueberrying.

He currently has a girlfriend, Sophi, a tigress who is also Greek-American. She's the tiger you've seen me draw with him, I will probably do a pic of them together again soon.

Giovanni is one of the founders of the Bolt Wings and Jay's best friend. Like Jay he is also a big eater and quite fat. Although Gio is probably known for his attitude issues. He's not as nice to people and gets angered easily. But he is not just bark and no bite, he will not hesitate to take someone out.

Gio is Italian-American, his great grandparents having come from somewhere in southern Italy. He works currently at his father's auto-repair shop, a job that he is ok at but he'd rather not be doing anymore.

Only recently has Gio come out and he's pretty shy about it. Currently Giovanni is dating a character by SWATtheFox named Vincent.

Sergiu is the leader of the Bolt Wings and the oldest of the entire group. He's tall and thin in appearance and is the calm, cool and collected member. He has innate ability to detect what people are thinking and is pretty perceptive. He's quite intelligent as well, currently enrolled in college and planning to major in mathematics.

Serg is a first-generation American born to parents who are Romanian and British. His extended family resides in both Constanţa, Romania and Brighton, England. He is fluent in Romanian although you wouldn't tell from his voice or lifestyle. He got into the greaser lifestyle out of an early childhood love of hard rock and metal.

If there's one flaw about Serg is that he has severe OCD and is an extreme neat freak. He prefers everything to be symmetrical, down to how he wears his buttons. His room is extremely clean and he always keeps it and everything in it clean. Having his things messed with is the only thing that makes him actually anxious.

Mirko is the youngest member of the Bolt Wings at 17. He's very short and very shy and the only one of the group that cannot fight in any way. His voice has a heavy Slavic accent despite having lived in America most of his life.

Mirko was actually born in Rijeka, Croatia, the youngest of two sons. In order to make sure their sons had the best in education, the mother took Mirko and his older brother, Valentin, to live in America. Valentin has had a history of being a jerk and constantly picks on Mirko. When Valentin started to get involved with the wrong crowd, mainly a gang known as the Bronze Knives, the bullying only got worse.

Sergiu and Mirko have a very tight bond after Serg had once protected him from Bronze Knives goons. He let Mirko into the Bolt Wings and ever since Mirko has looked up to Sergiu like an older brother, even going as so far as to copy him a bit in hairstyle and mannerisms.