Queen Of Dairy Queen by TheMightyBookman 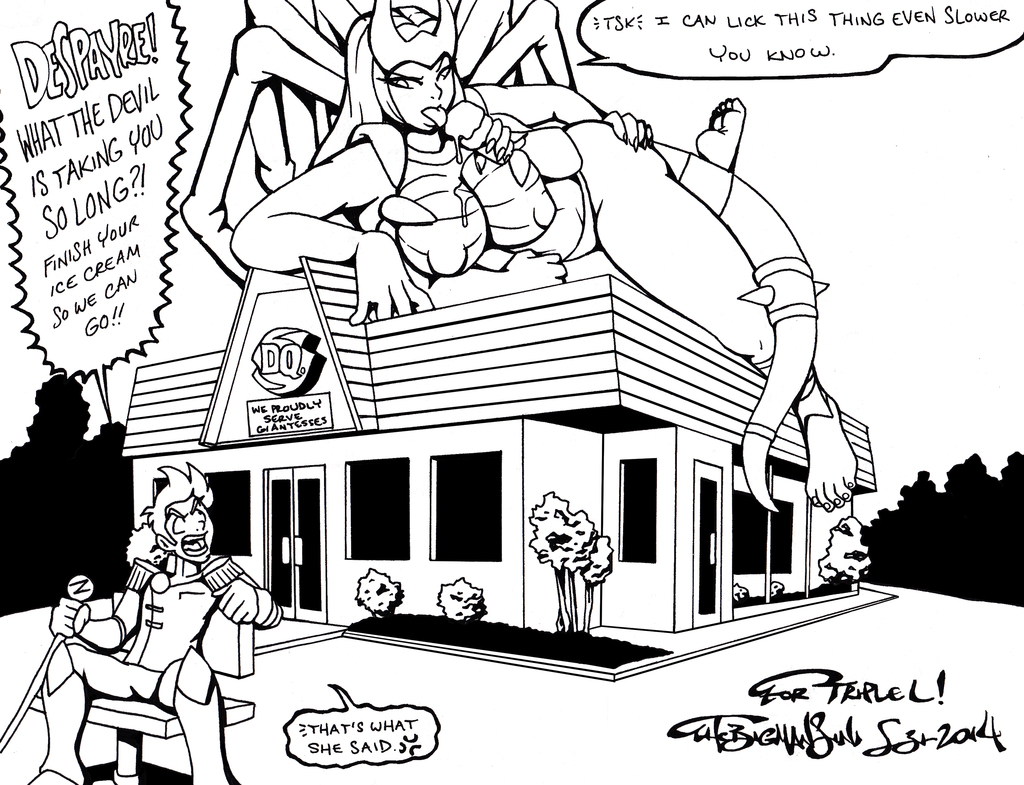 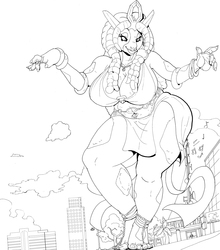 Deigning him "worthy" enough (meaning being so into the whole villain schtick that she would be amused by it), the giratina code-named Despayre let herself fall under the training of the evil Briton, N. Orion Falstaff of the Triskelion Syndicate.

Lacking in badges, however, N's gorgeous death goddess has no interest in listening to him, instead bossing him around in pursuit of the best thing she's ever discovered in ten thousand years...ice cream.

I commissioned this before everything happened, so it was a fantastic thing to see pop up in my mailbox. Mansini does it again; this is why I go to him. B]