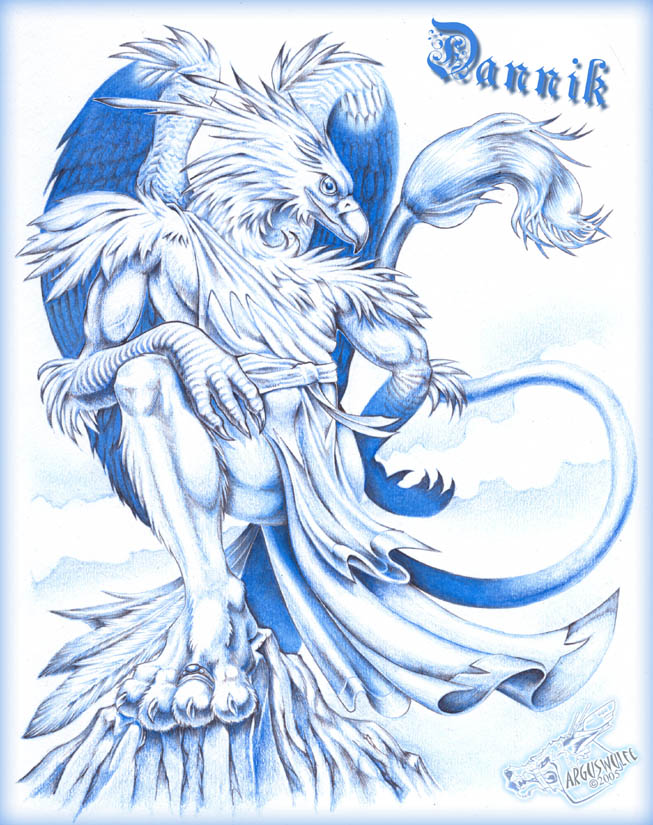 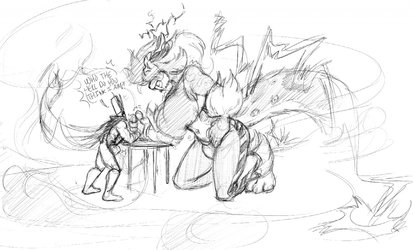 Who remembers this guy? :D

Dannik was the result of a forum-wide character creation poll over at Bigfurs.com and I was given the right to play him!

Well. Didn't take long for me to get really accustomed to being the giant, and he's been one of my primary characters ever since. He's pretty much an agglomeration of everything everyone in the macro fandom loves, so he has indeed been seen doing a fair bit of wrecking. He's more low-key about it than your average rampagers though, by far. After all...why would you break your toys?
Here he has his regular toga; I didn't add the little tie-on badge till later. He's a Grecian gryphon, in charge of his own little fiefdom, protection in exchange for worship. Classic macro setup really.

Artwork's by Arguswulfe, © 2005
Dannik belongs TO NO ONE, he merely allows me to associate with him.