Lady Of The Lake by TheMightyBookman 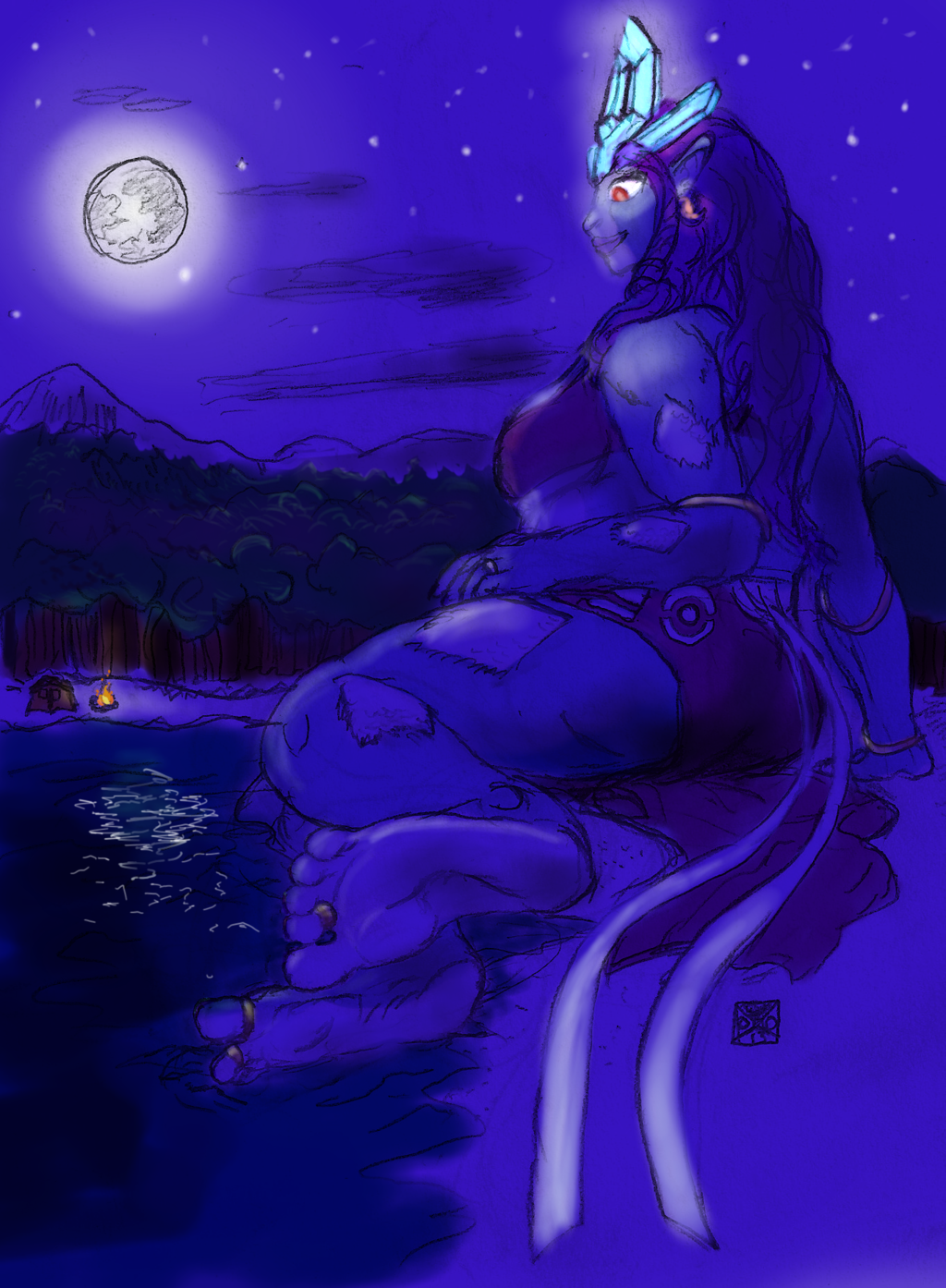 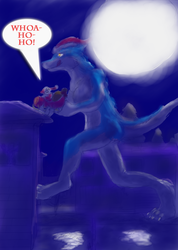 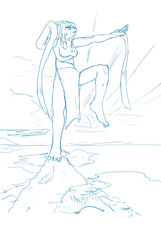 Lady Of The Lake

Lisa's right eye fluttered open as a great rumble echoed through the air.

She sat there in groggy incomprehension until the rumble came again, barely a few seconds after the first. Slowly, the sleeping Ranger lifted her head and looked out the window of her tent.

The clouds were minimal, and the moon was shining. There weren't any thunderstorm forecasts on Goldenrod Public Radio earlier...

The rumble came again, somehow seeming closer.When it visibly shook the tent and disturbed the water, Lisa scrambled for her belt. If there was a gyarados or some other watery monster in this part of the mountains, she needed her manectric, and -fast-.

Then, quite suddenly, it stopped. It was accompanied soon after by a sloughing sound, as if a great weight was resting on the shoreline, followed by what Lisa picked out as a sigh.

Apart from the fire crackling and the snapping of underbrush, the only other sound that reached the Ranger in her tent was sloshing water. Was this thing...drinking? Slowly, curiosity having gotten the better of her, Lisa unzipped the tent's window flap, and with pokeball in hand she looked outside.

Two red, glowing eyes and a smile were waiting for her. It...SHE heard the tent flap open.

"Oh! Hi, you! It's okay; I'm TOTALLY NOT an ursaring," the suicune goddess said, wiggling her fingers in an accommodating greeting.

So I went berserk the other day and experimented with my layers in SAI. I FINALLY found a way that works, and I feel like a dummy for taking so long to pick it out. You might be able to tell by now that I love nighttime pictures and nighttime shading. It just makes for atmosphere out the wazoo.

For its flaws, it's needless to say I am extremely happy with this. I like the premise enough where I may continue the story.

Siva and artwork by TripleL