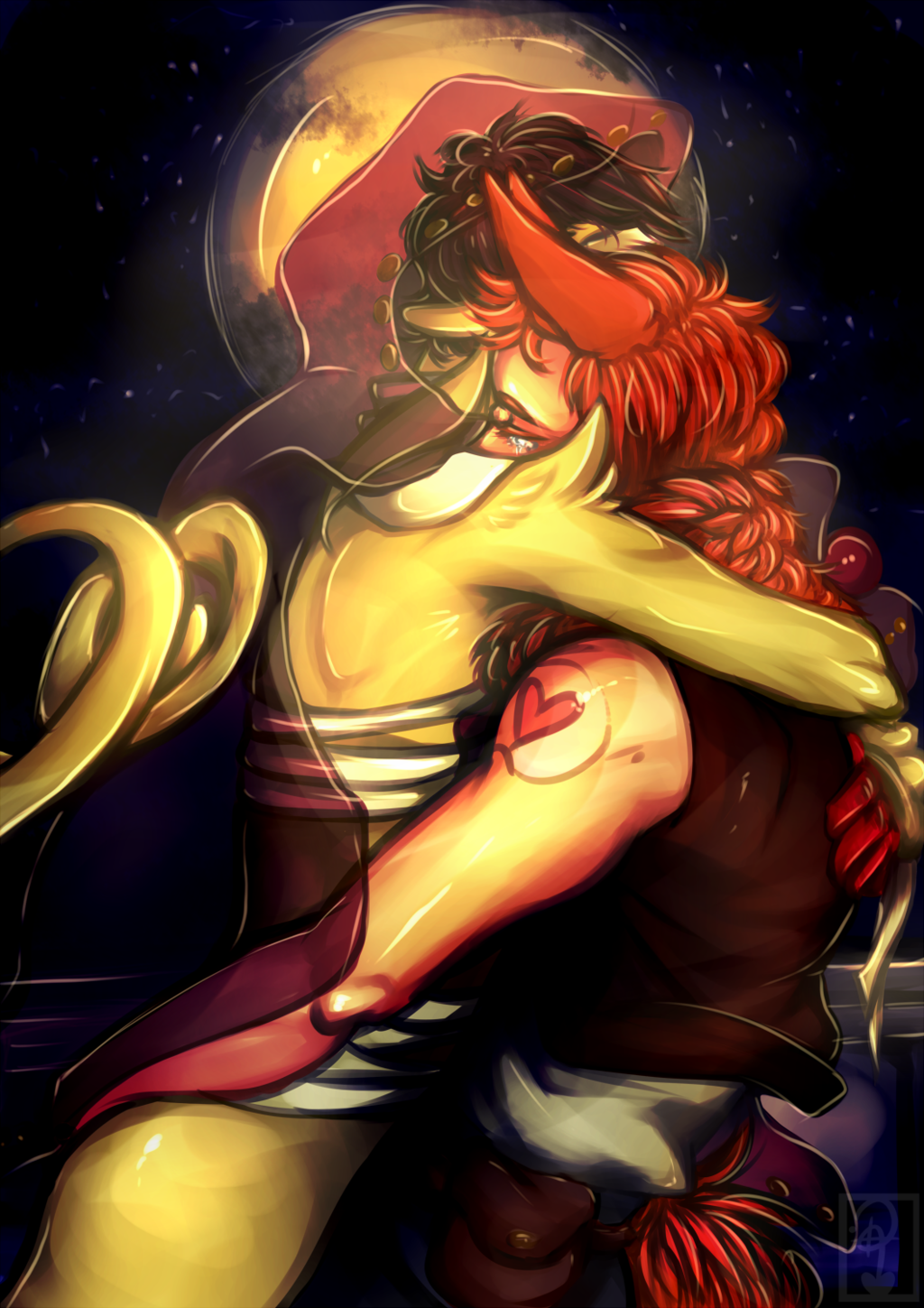 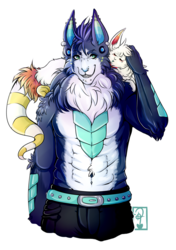 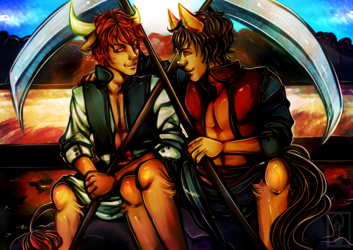 Rieve (the fox guy with the heart tattoo) is a thief who runs a suspicious, run down, and slightly creepy antiques stall in my fictional town of Rezalet. u v u One day, he was tomb raiding in some ruins far over the other side of the mountains from Rezalet, somewhere only he had been. When he was digging through one of the crypts in a more luxurious tomb, a slab fell off of the coffin. Thinking the ancient text looked cool, he decided to take it with him. He could probably sell it to someone who wants a new wall decoration. Annan, the wraith, was attached to the slab, traveling where it traveled. Angry teenage ghost prince alert.

LONNNNNNNNNGGGGG STORY SHORT: Rieve is actually extremely unstable (not that anyone else in town really notices since he spends a lot of time away/in his home when he's not selling stuff at his stall). One day, after they'd gotten into a fight over something stupid, Annan slipped his slab into someone's bag, not realizing they're a pirate. He was dragged off to sea for nearly a month with Rieve just out of his head with distress. When the pirates get back, however, Annan forces his slab out of their loot and off the ship. Never happier to see the asshole thief he lives with... deads with? He's not really alive.