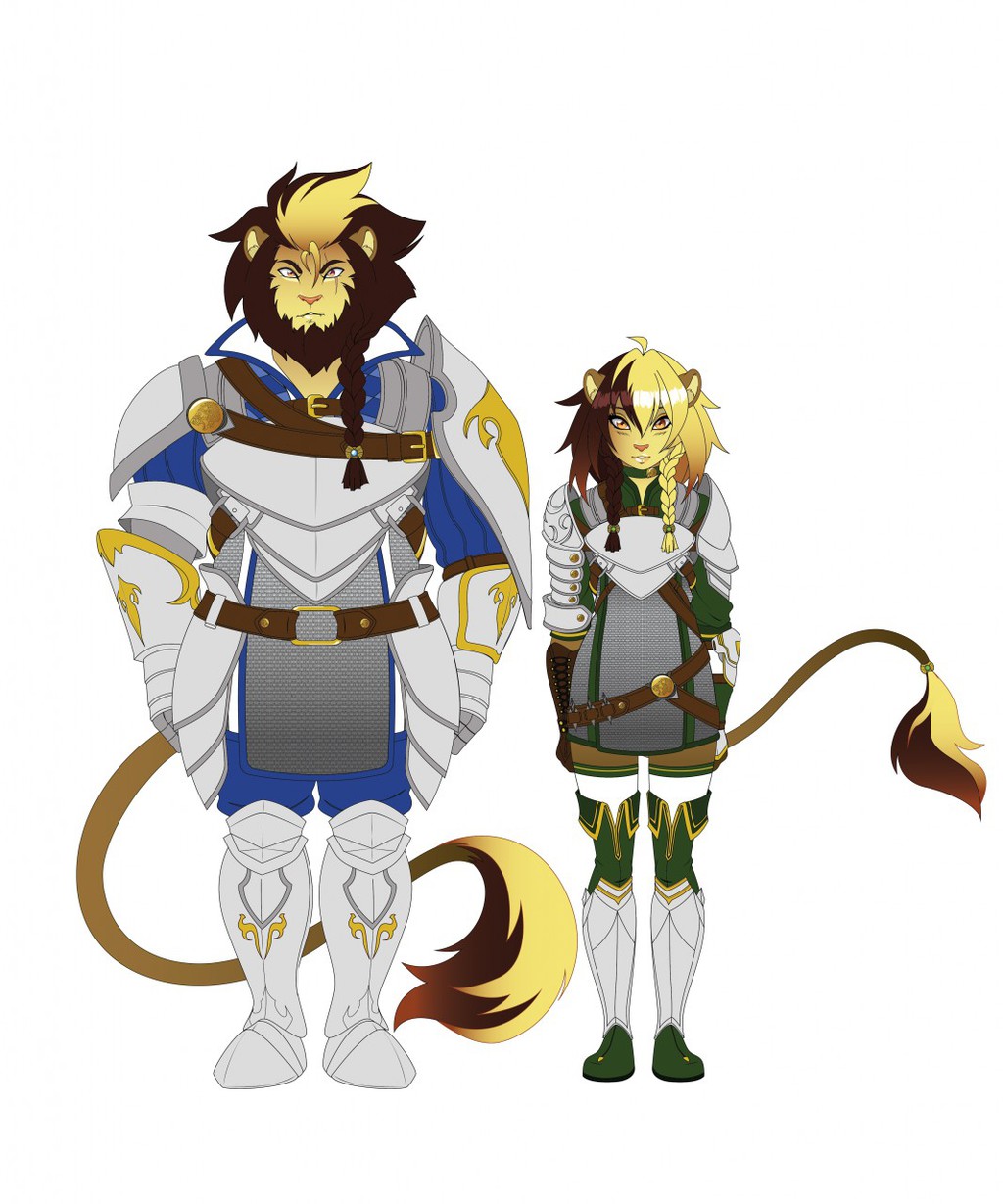 Folder:
All the King's Men 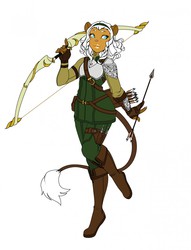 These are the initial designs of Glendriel and Cassius Asyrius, the two youngest children of Archduchess Ariella Asyrius of Assyria. Glen 22 is a hulking lion of 6'4. He is Knight Major of the Raven Knights; promoted from Knight Captain after the previous Knight Commanders betrayal. He is tough, kind and fiercely protective of his family name and kin; especially his little brother Cassius.. Although he has a weak spot for cute things and enjoys pastries.

Cassius is a Knight Ranger, archer, tracker and shadow within the order. He is Glen's youngest sibling. Though his road to knighthood took several turns, he eventually through the help of Ser Adolyn Valenrow was made a knight in the Ranger Corps. before being inducted into the Raven Knights. He is the little brother of the team and it's youngest member, though sweet, thoughtful and oftentimes helpful to a fault, he is nonetheless of the Asyrus line. He shares the terrible ferocity and loyalty his family has come to be known for in battle. Though most enemies never see him coming.

I'm actually pretty happy with these designs, I may tweak their armor and other details later; especially since you can't see either boys braided ponytail in this picture. I nonetheless am happy with the base I've laid out here.