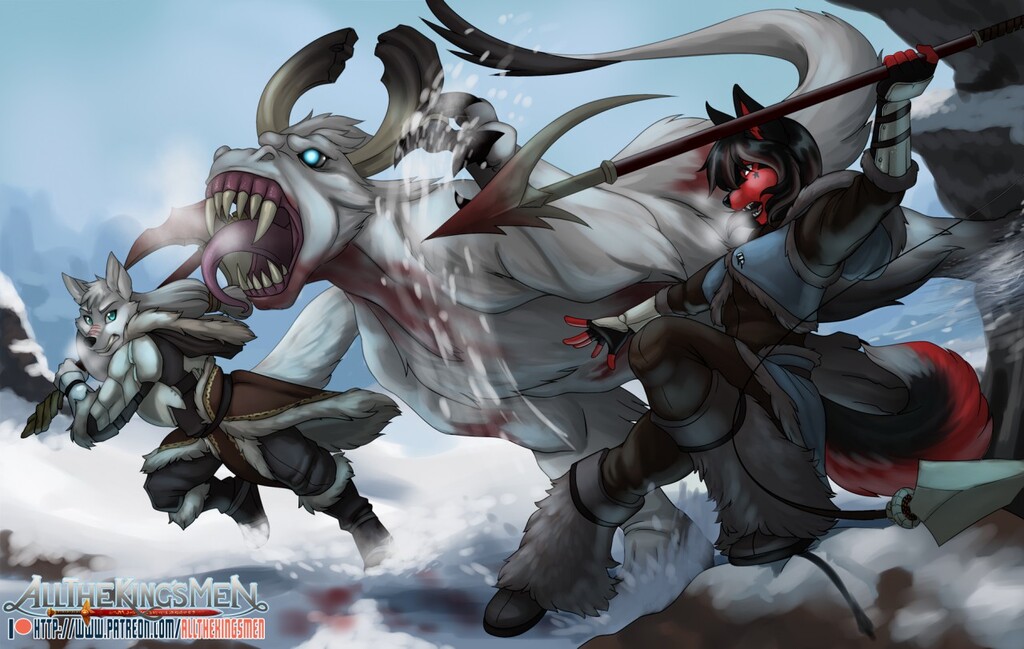 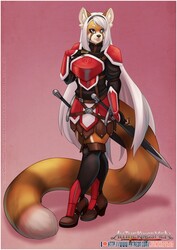 In Amarok, there are several creatures who have evolved, perverted and subverted by the abuse of the flow of mana. Among them are the Tupilaq, hideous abominations of subversive magic. These creatures were created long ago by banished angakkuq, the shamans of the Amaroki people as a form of revenge for their banishment.
Using their dark arts, they would take feral beasts and pervert them, using parts of other creatures to enhanced and augment their grotesque monstrosities. Which would be sent out to terrorize Amaroki communities.

Tupilaq however have a history of not only raging out of control, but also turning on their creators, especially when met with more powerful magic than created them. Though the Imakandi had thought all the Tupilaq were destroy many years ago, the abominations had hid and bred, creating a race of variable monsters. No two tupilaq is ever exactly the same, not in their appearances, or abilities. Making them far more dangerous.
Here we have two Amaroki taking down a Tupilaq before it can do harm to their village.