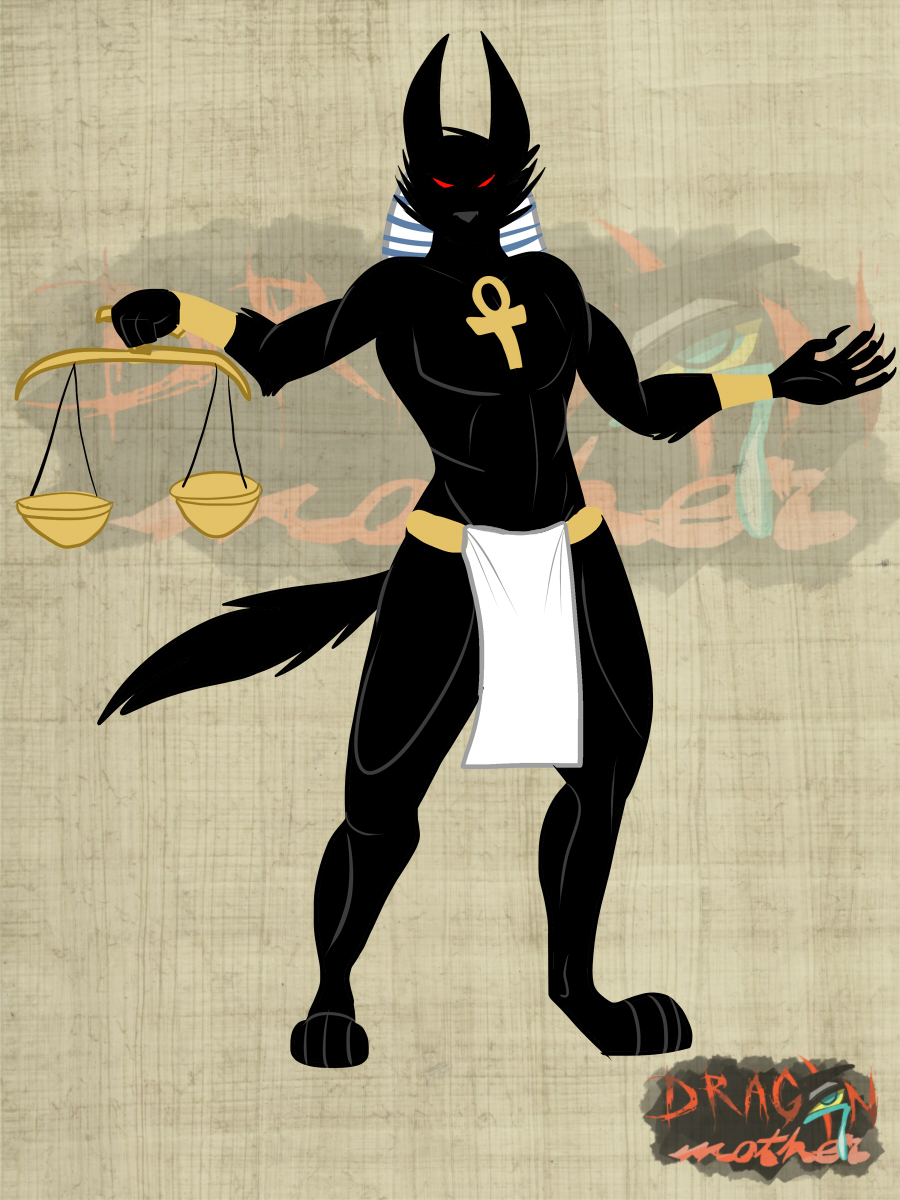 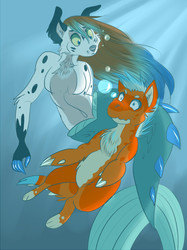 Another deity worshiped in Dragon Mother. He is the prophet of order and judgement. According to the religion, on the day you die you will come face to face with Anubis who will judge if you're worthy of an afterlife or not by weighing your heart to The Feather of Truth. If your heart is heavier than the feather, your soul is devoured by Ammit. If not, you may go on to the afterlife.

As a note, the main religion of Dragon Mother isn't one set religion, but a bunch mixed together with Egyptian being the main base. It was a little too chaotic trying to make it identical to the Egyptian religion with all of the gods, so the main god in Dragon Mother is Ra, and the two main prophets are Anubis and Set. I also originally had it where it would be a very good vs evil thing, with Anubis being some kind hearted deity, and Set being this hateful one... but then I was like pffft Anubis is all about judgement, he probably doesn't have mercy for anyone lmao. So now it's less of a black and white situation aside from the order VS chaos concept that's huge in Egyptian religion to begin with. Yayaya.