I Used To Be A Werewolf... by TeknicolorTiger 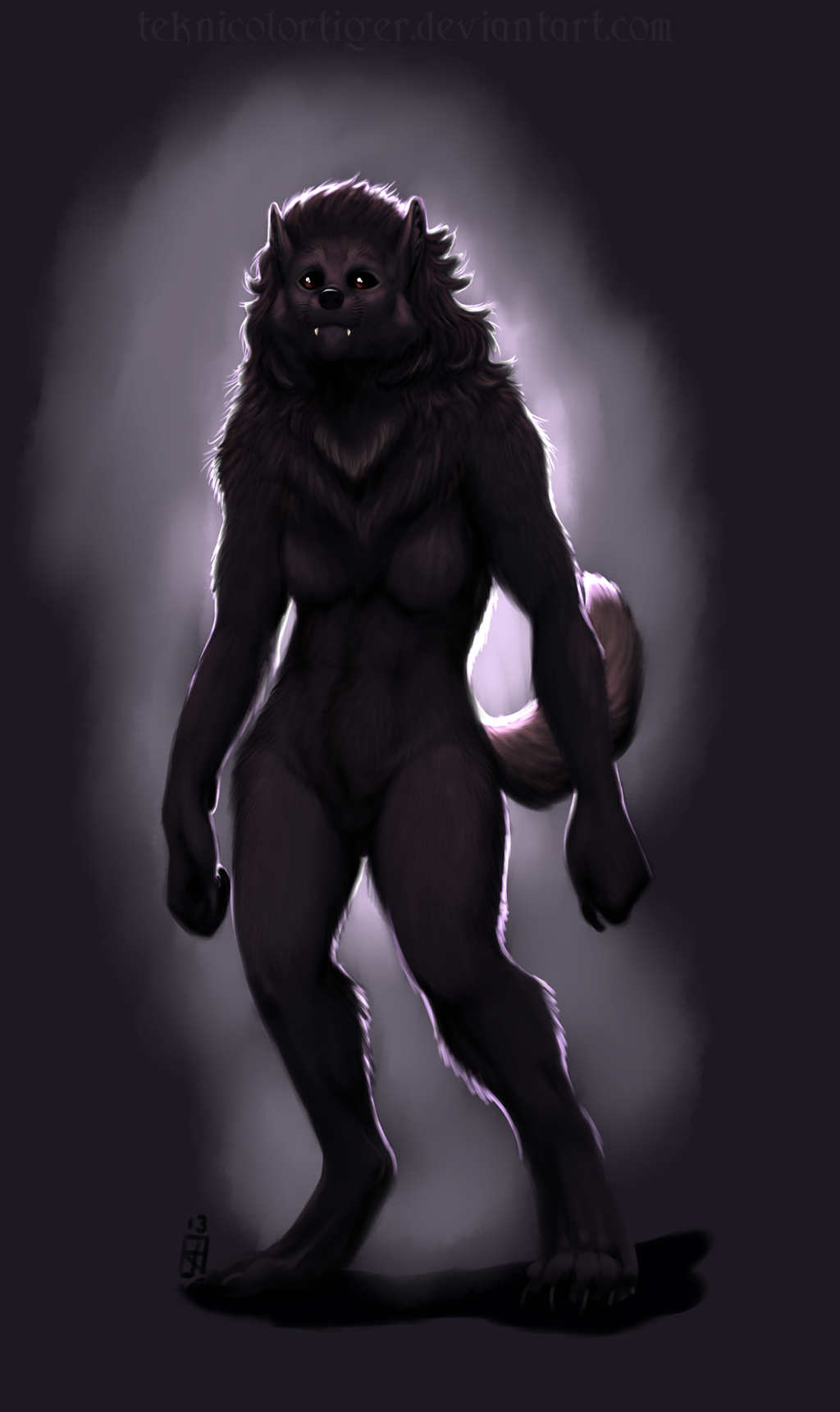 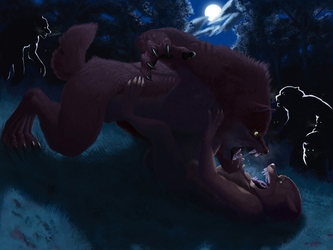 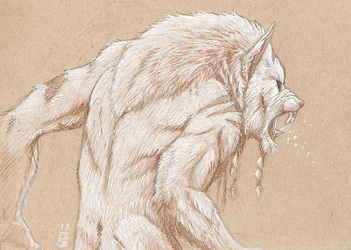 While deciding which commission to do next I started painting an old doodle of my werewolfsona and well...it kinda got out of hand. It was just one of those things that felt good so I kept going and I'm very pleased with the result. I should really sit down with a mirror and try to actually base my werewolfsona's appearance on myself so here she's very only loosely based on my appearance. She has my body-type for sure, but her face came out looking sort of Autumn-ish. I think this'll be going into my portfolio. :) Fun Fact: Autumn's black eyes are based on my own (except her's a darker and redder). How's that for Mary Sueness? :P

I don't really have a name for her though I had toyed with calling her "Ebony" or something sorta intentionally mundane, but I guess she doesn't really need a name if she's me...just as a werewolf....I think for my next commission I'll do a non-werewolf one. >.< I've been thoroughly obsessed as of late.