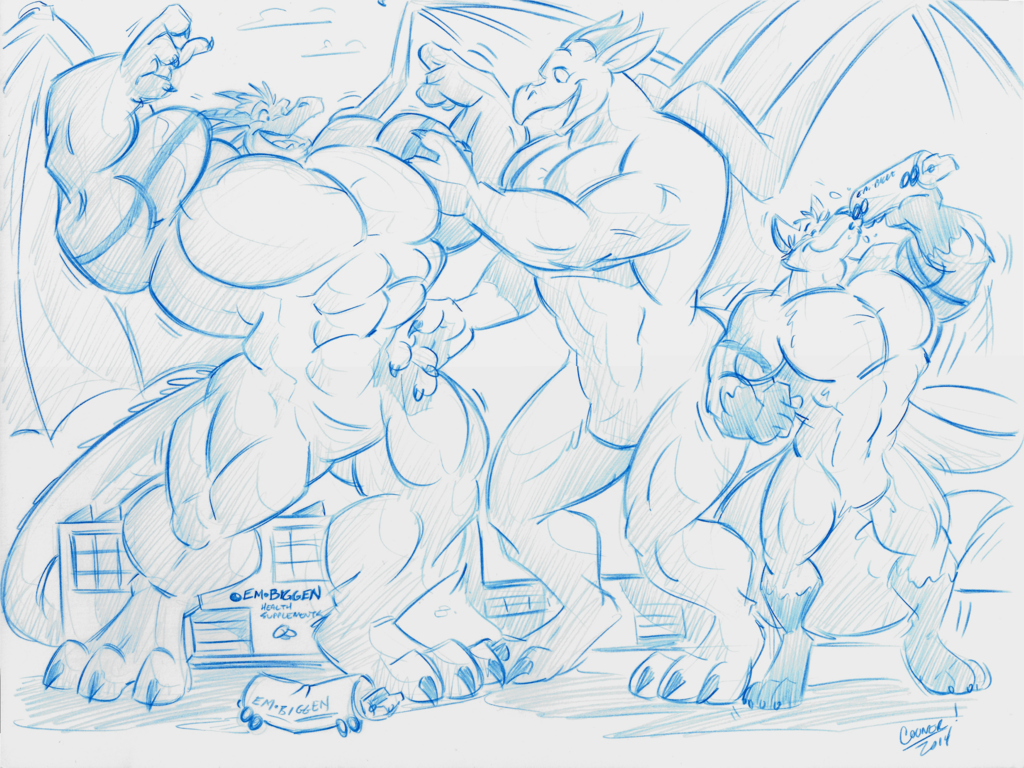 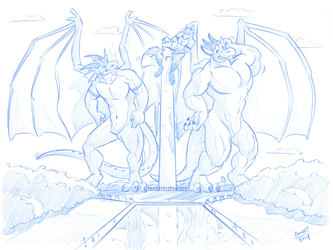 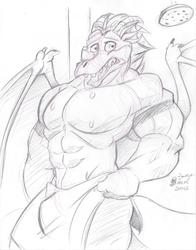 Continued from this pic.

I probably didn't have much of a chance in the first round of the growth contest, being pretty green when it comes to the whole macro thing. Andre proved himself the superior grower when it comes to height. But the grey giant doesn't get to rest on his laurels, because it turns out there are other ways to get big - here comes the buff-out round!

Unbeknownst to our opponent, fox-Tehrig and I have an edge. Those super-sciencey growth pods had an unforeseen side-effect, and now with a proper catalyst (like, say, protein shakes chugged directly from a tanker-trailer), the two of us can hulk out to absurd proportions! We'll win this round for sure!

... unless it turns out Andre's not really interested in competing in this particular event. He's still plenty impressed, though. And I'm all too happy to show off for him!

The contest may be off, but that doesn't seem to be deterring my foxy half much. Hmmm, maybe he could be my new opponent? ;-)

Andre belongs to cantstopgrowing, who told me he's going to create a Weasyl account any day now.