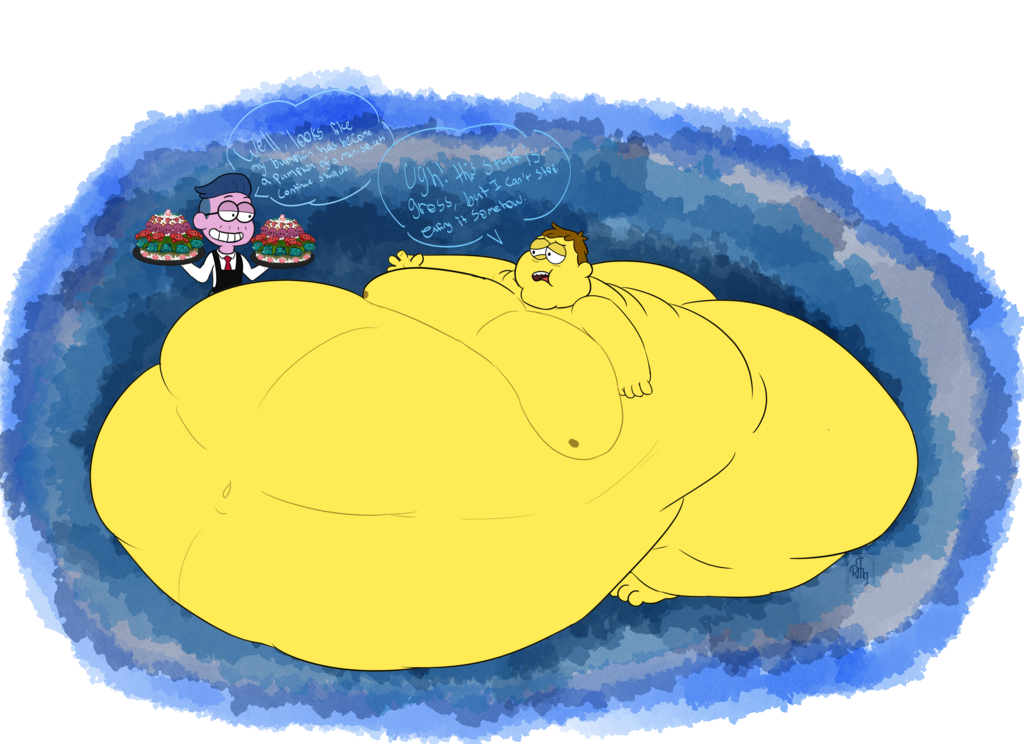 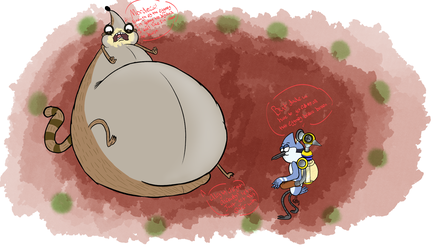 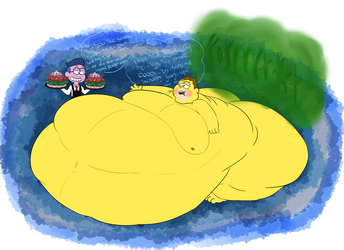 This is another doodle that I had in mind after watching Big City Greens and I can say Bill is one of my favorite character from that show and I can say he's definitly a daddy and just seening him. Plus, I really haven't seen any fanart or fat art of him anywhere, if i'm not looking close enough. So, I hope you guys enjoy. X3

After many hours of gorging, forcefeeding, and stuffing Bill Green to his max. Ted continues to make fun of his "Favorite" customer. Bill tries to apologize and plead with Ted that he doesn't want anymore, but soon his plea was drowned out by Ted bring two Seven Seas Seven Layered Posiedon Fury.