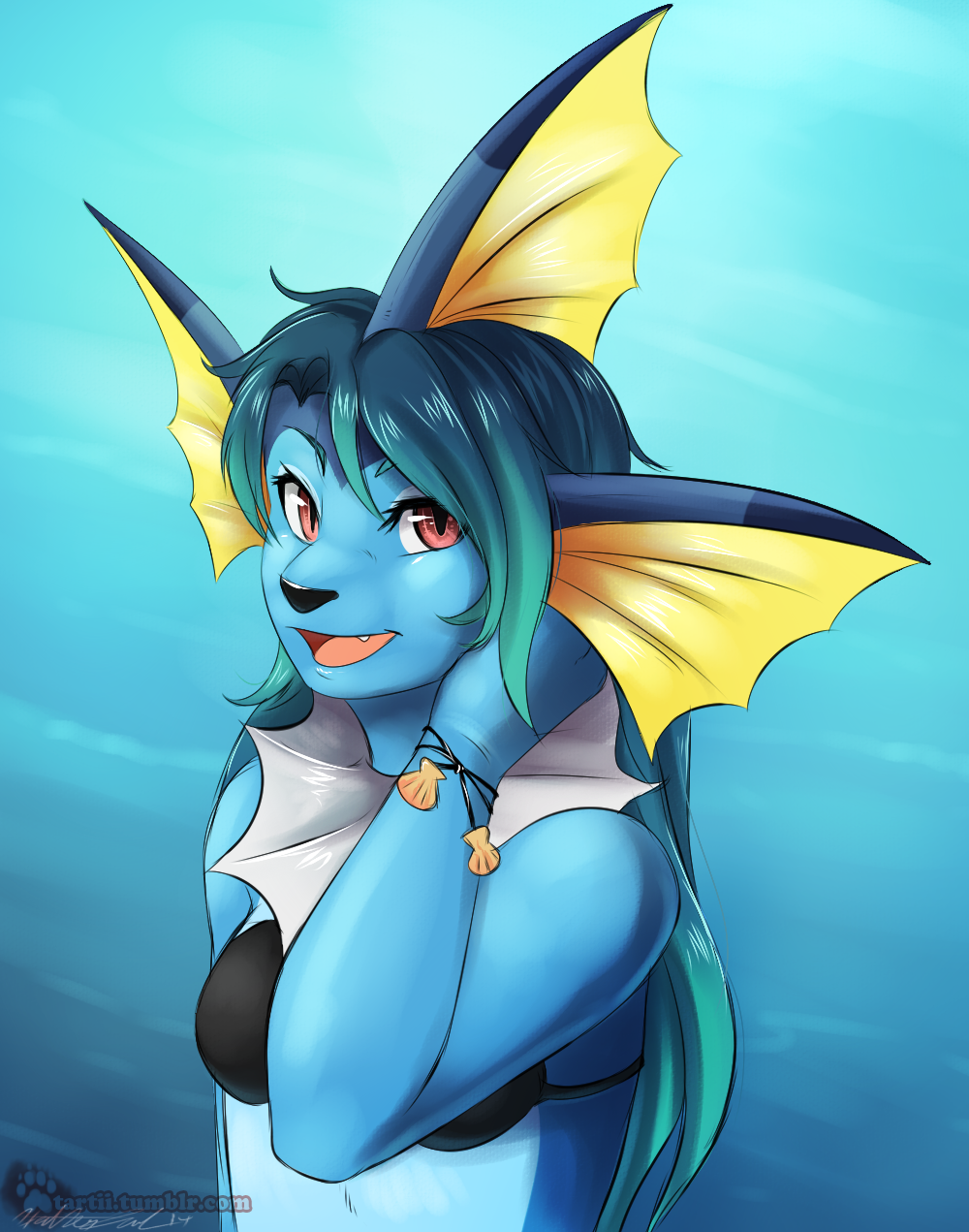 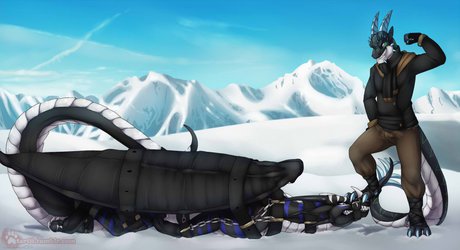 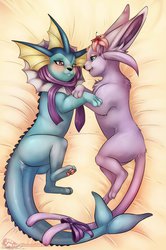 Wheeee anthrotized my vaporeon, April, to be thrown with a particularly handsome vappy surfer~<3

Fun loving girl who will take risks if treasure is involved. Loves to collect pretty seashells or other shiny things the sea has to offer. She doesn't have much interest in trinkets that could be found out of the water though. Unless it's sunken pirate treasure u

She has small lil A-cups which she is very self concious about, even though smaller boobies make it much easier to swim faster!
She's often yelling at another, more reckless vaporeon for antagonizing Gyrados for the sake of his well being.

is responsible for me giving her an anthro form. :P~