A Much Needed Hug by Taross 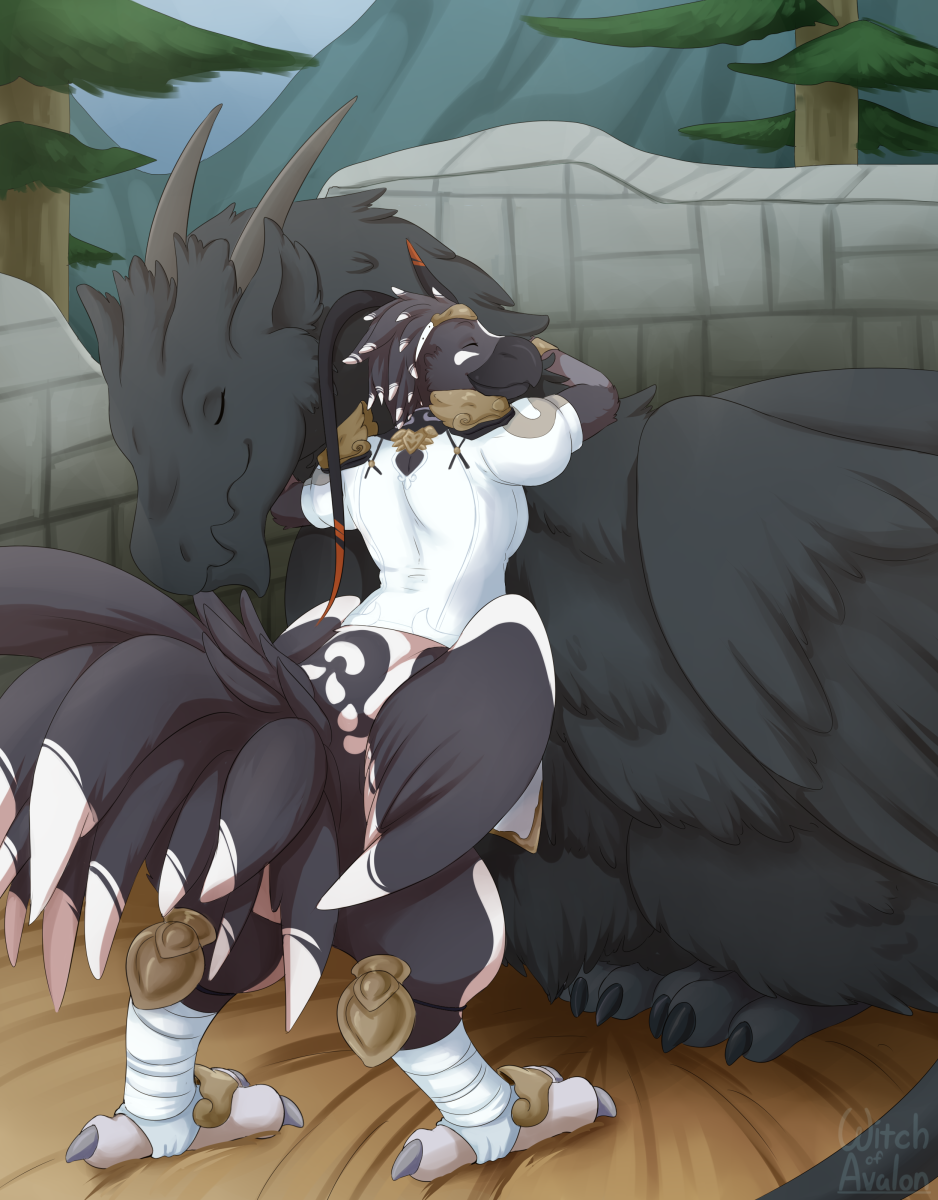 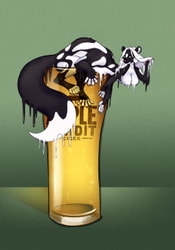 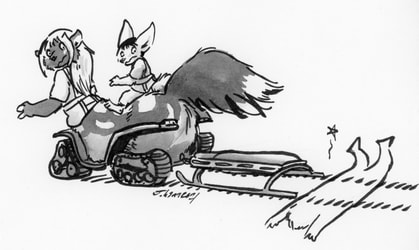 A Much Needed Hug

It had become somewhat of a ritual, although not one he would complain about; Whenever the Warrior of Darkness found hirself travelling near or through Wolekdorf shi would always find a moment of time to drop in and pass a hug along to the big old Amaro. And sometimes shi would just deliberately drop by for a quick visit and some small talk; tales of exploids on this and another more distant world.

Even if the visits were irregular, Seto always found himself looking forwards to the next one whenever it might be. After all, the Amaro was more than keenly aware of this Warriors true form and the facts that shi was big enough to hug him properly and soft and feathery to boot were pleasant bonuses on top of the company.

However, lately these visits seemed to have somewhat larger intervals. And when they did happen the hugs were a little longer and a little quieter...

"What seems to be troubling you, my friend?" Seto finally asked after the big chocobotaur broke the hug, before offering a curt chuckle and looking closely at hir "And don't say it's nothing... we Amaro can sense these things you know..."
Taross answered with a short chirpy 'heh', fixing a few bits of down on hir cheek that got ruffled against his neck "I know you can. Mmm... I suppose I should..." shi properly replied a few seconds after. Shi took a few steps back and sat hirself down on the ground in front of Seto.

"There's... trouble, back home." shi started. "My own world that I've told you about before. There's an Ascian and, for a lack of a better description, he's planning to destroy everything and everyone."
Seto nodded a moment "Ascians... The ones who tricked Ardbert and his friends. The same who even came back later?"

Taross shook hir head and took a deep breath before continuing "No... those particular ones are gone. This one is..." Shi paused there and then shrugged "This one's insane. Quite even. Emet-Selch and Elidibus at least had their proper reasons. Understandable reasons even if their method was wrong. This one just wants to see all of creation burn."
There was a moment of quiet while Seto digested the information and nodded "And this is the reason why you have been quite busy and even now feel troubled."

With that, the draught taur nodded and got to hir feet again "Things are coming to a head and I expect it's going to all come together sooner than later." shi answered and sighed "I find it difficuilt to say but I fear that I won't be able to visit for quite some time when this happens..." Taross left the rest of the sentence trail off unsaid, but the unspoken sentiment was there: 'If shi were able to come back at all'.

The silence between the two after that was heavy, only interrupted now and then by the sounds of the other Amaro living in Wolekdorf. Eventually, Seto raised his head and turned to face an incoming breeze before he looked back to the other with a low rumble.
"I see..." he started and then leant forwards, bumping his snout against the bird "You have your friends and companions. You have Ardbert... I will be with you in spirit even though I cannot be with you in person. I have full faith in you to weather the challenges to come and when you return I will be here."

Taross chirped. Somewhere deep inside the Warrior of Light and Darkness the piece of hir soul that is Ardbert stirred and shi stepped back up into Setos nest, wrapping hir arms tightly around his neck. "Thank you for the encouraging words. And we WILL see each other again after all this, I promise... our partner in crime."

A small goodbye between friends at the cusp of the next great adventure... One that is going to be remembered for quite some time whichever way it goes...

Taross is mine
Art by :iconWitchOfAvalon:
Artists submission: https://www.furaffinity.net/view/44470318/
Chocobo and Amaro belong to Square-Enix